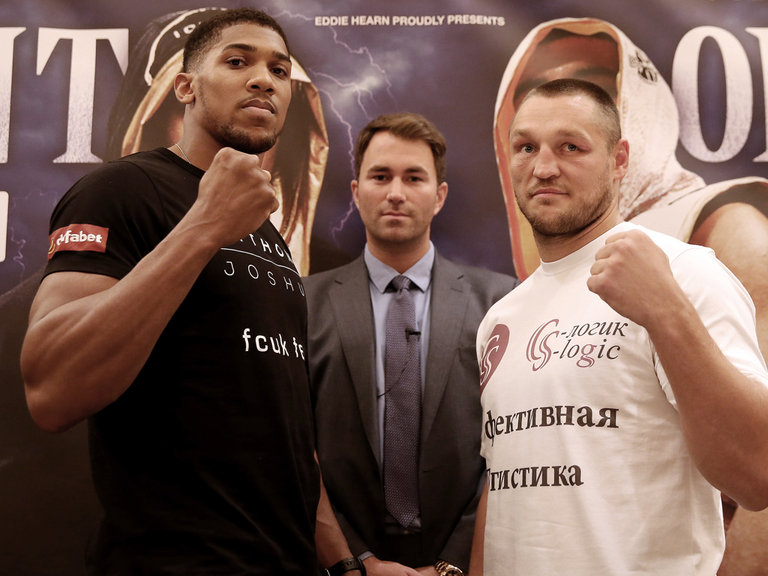 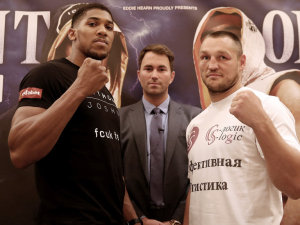 Anthony Joshua 8 (KO 8)-0 tonight laces up for a WBC international heavyweight title shot. This is a more than respectable strap to sport with pride for a young fighter at this stage of his career. Joshua is of course, expected to slice through this unfortunate opponent Denis Bakhtov 38 (KO 25)-9-0 with an ease akin to slicing clean through a golden brick of warmed butter, there shouldn’t be much trouble here, provided everyone plays nice and adheres to the script.

The fascination lies within piecing together the fighters future; more, who should be peering over from the opposite corner of the said fighter, and at what stage in Joshua’s career? It’s a captivating journey, a journey he must walk with a cart load of pressure tethered to him, attempting to pull him back with each step.

Joshua is one of those curious newborns to professional boxing, a prospect who is clearly several notches above the fighters he’s been facing, but on the other hand, is barely 8 fights deep. Bakhtov on paper is a respectable challenge. His record is a very solid one to place before an opponent who is still hovering within pro boxing infancy. There’s little reason anyone should feel slighted with the proposition of this fight…on paper.

The reality is Bakthov, who waddles in at a comparatively tiny 5’11 will be facing an uphill battle before the thought of ringing the first bell has even formed within the time keepers mind. Bakhtov while having carved out a respectable record for a fighter of his level, immediately is off to a false start with several apparent technical deficiencies compared to Joshua.

I expect AJ to break open Bakhtovs leaky high muffs and begin measuring distance to send the right hand through at pretty much any point he wishes after the usual courteous respect Joshua usually lends his opponents.

Bakhtov has better than expected hand speed, with each flurry not perhaps thrown with the greatest technical competency, but can be a handful if the range of the fight is allowed to be shortened. This is the key to a clean consistent victory from Joshua, who would wish to keep a contained order to proceedings and mute the bursts of punches from Bakhtov with a dictated, very solid jab, the type of which Joshua quite handily possesses.

My concerns regarding Joshua’s sometimes rigid defence when he is backed up on the ropes, allowing fighters like Matt Skelton to make an early impression shouldn’t be aroused for this fight. A fight where Joshua should have the WBC International strap placed around his waist after stopping a bleeding and busted Bakthov on his feet after merciful ref intervention in the 5th.

Then it’s onto Sprott next, a UK fan favourite, someone with the aggression and confidence to give us more layers to work with when placed upon the Joshua Blueprint…

Joshua should win tonight, and easily, we know that, the question is how will he look while winning, as fickle and unappreciative as we are. The AJ Train keeps moving…