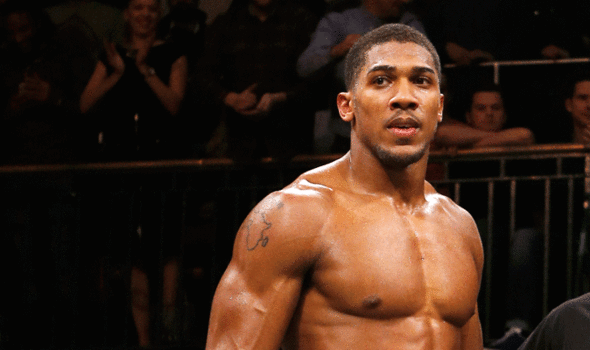 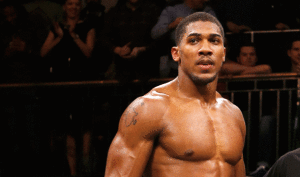 Anthony Joshua MBE says winning the WBC International Heavyweight title will be the perfect way to celebrate one year in the pro game at The O2 tomorrow night, live on Sky Sports.

Joshua faces the experienced Russian Denis Bakhtov for the vacant crown and does so at the venue of his debut back on October 5 2013, where he dismantled Emanuele Leo inside a round.

Seven fighters have stood opposite Joshua since that night and only one has made him hear the bell for the third round, Konstantin Airich in his last outing in Manchester last month, the German-based Kazakh providing game resistance until just past the halfway mark of the third.

Joshua has been touted as a future World champion but the 24 year old reflects on his first year as a pro and says it is just business as usual.

“Not much has changed,” said Joshua. “I’ve got a lot more fans now that’s for sure as I have boxed around the country, but I have been in the gym so I haven’t been able to see the impact, it’s a basic lifestyle really,

“Because I am boxing so much, the turnaround is short. Bernard Hopkins said what has kept him in the game for so long is avoiding the celebrity lifestyle – that’s what I need to do. I haven’t had time to have a holiday, I would like to do that, eat some nice food in some tiny restaurants but I haven’t been able to.

“I am aware of the expectations around me and the potential that the great guys achieved. I’m at the start of my career like they all were and I know that hard work is the key. If I keep my head down and work hard I can reach the top.

“I have improved, I am fitter and I understand more. Right now I am that Airich level really – I learn how to deal with the event but training is 50 times harder than the fight.

“I keep the blinkers on. It’s what I signed up for, I know that if things go well next week then there will be more interested. I understand the pressure that comes with it but when you are winning there’s no stopping you, my motto is to stay hungry and it’s that simple.

“As an amateur I worked with sports psychologists and I have read books on it. Everyone has their level and I haven’t found it as a pro. Even if I just achieve British level, as long as I give it 110 per cent then I am happy with that. I haven’t brought into it yet as I haven’t achieved it yet. I have the contender mentality and I am very self-critical.

“Bakhtov is a lot busier than my last opponent. I look at him the same as I looked at Matt Legg, one of my previous opponents, just with a lot more experience. Legg came out with a lot of hooks and gave it a go. Bakhtov can take punches for fun, and he’ll be looking to get to me. Hopefully, he’ll be the one eating a lot of shots. I have to get the win really. Simple as that.”

Joshua’s meeting with Bakhtov is part of a top class line-up in London as Lee Selby faces unbeaten Australian Joel Brunker in a final eliminator for the IBF World Featherweight title and John Ryder steps into the international Middleweight scene taking on Theophilus Tetteh for the vacant WBO Inter-Continental belt.

There are more four cracking Light Welterweight bouts between John Wayne Hibbert and Leonardo Esteban Gonzalez for the WBC International title, Ricky Boylan and Tyler Goodjohn clash for the English belt, Philip Bowes and Joe Hughes for the vacant Southern Area belt and Tommy Martin and Matty Tew meet in an eliminator for the English strap. Erick Ochieng, Ohara Davies and Ben Hall are also in action.