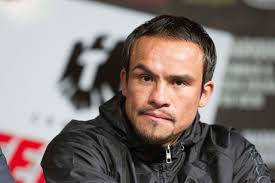 Juan Manuel Marquez remains indecisive on whether or not he will return to the ring in 2015. Marquez plans to make an announcement if he will continue pursuing his Hall of Fame career in December.

The 41-year-old has reportedly returned to the gym, and began training. He wants to evaluate how his body will respond at this particular juncture. He will base his retirement plans depending on how he feels during his training regime.

According to Boxingscene.com Marquez stated, “I’m [going] to see how I feel physically. If we feel good, we will make a decision by year’s end on whether we’ll fight in 2015.”

“The physical part is the important point because I don’t like the idea of retiring with a loss. I would like to retire against a tough fighter and winning a fifth world title. If I feel good during training I will make the announcement. Depending how I feel, I might even fight twice next year, but first I have to see how my body reacts.”