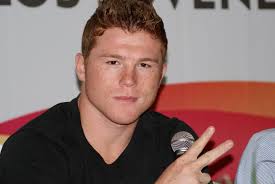 Canelo Alvarez is one of the biggest stars in boxing today. The Mexican James Dean as Schaefer once put it, has proved to be a potential Hall of Fame fighter in the making. He is a young strong, power puncher who’s already been in there with top-level opposition. At age 24 he has an outstanding record of 44-1-1 with 31 knockouts. The Mexican star has wins over quality fighters such as Austin Trout, Alfredo Angulo, and Erislandy Lara. His only lost was handed to him by the current number one pound for pound best fighter in the world Floyd Mayweather Jr. The impact in the boxing landscape Alvarez has made is truly outstanding, but has he been receiving unfair advantages from the judges in the ring?

On April 20, 2013, Alvarez faced off against Austin Trout in San Antonio, Texas.
The bout was very competitive from the opening bell. Leading into the 11th round, Showtime’s unofficial scoring had it 95-94 Canelo, 96-95 Canelo, and 95-95 a draw.

Because the bout was open scoring, the judging panel publicly announced their official scorecards, and in their eyes Trout needed a knockout to win the fight. Malignaggi who was a commentator for the fight, responded to the official scoring by stating, “For the people that are actually watching the fight its still up in the air.” After a close 11th round, the fight could have been decided in the final round.

Malignaggi in the 12th round also noted, “This fight in all of our cards is up in the air. Yet it kills the final round drama. Canelo knows he’s ahead, and he’s not taking any chances. Otherwise because this fight is so competitive you would see both guys going forward in the last round.”

After the fight had ended, blow-by-blow announcer Mauro Ranello stated, “This was a competitive bout that will go to the scorecards, which is always a scary thought here in Texas.” The official scorings read 116-111, 115-112, and 118-109 all in the favor for Alvarez. The reason why there wasn’t much controversy after the fight was due to the fact either fighter could have won. People can make a case for Alvarez winning the bout. One cannot make a case for Alvarez winning by such a wide margin. If Trout put on a slightly better performance to make most observers believe he decisively won in a competitive bout, he would have probably still lost the fight with this particular judging panel. One has to wonder if Trout ever really had a legitimate chance of winning the bout.

When Alvarez faced Erislandy Lara in their much-anticipated bout, it came down to the scorecards. As expected, the fight was too close to call. The unofficial scoring from Showtime had Lara winning by one round, but everyone understood it could have legitimately gone either way. One judge had it 115-113 for Lara, another 115-113 for Alvarez. Then to the shock of many, Levi Martinez scored it 117-111 for Alvarez. Martinez received a bit of scrutiny for his lopsided scoring, but everyone was fine with Alvarez winning the bout. To be clear, the outcome is not controversial, but how the outcome was reached is. It begs the question: Did Alvarez already have one judge in his pocket before he stepped into the ring? One can’t be sure. As Paulie Malignaggi stated in an ESNEWS interview after the fight, “For the business of boxing the right guy won, but as far as who clearly won, I don’t think there’s a clear winner, but I do have a problem with the wide scorecard. For me that’s a premeditated scorecard.”

When Alvarez squared off against the best pound for pound fighter Floyd Mayweather Jr., yet again Alvarez received another controversial scoring in his favor. Despite Mayweather’s complete dominance of the fight, one judge had it a draw. One has to remember this same judge entered a controversial scorecard for Timothy Bradley when he squared off against Manny Pacquiao for the first time. In this case, the reasoning of the controversial scorecard of a draw in the Alvarez-Mayweather bout could have either been a political motive or just incompetence, but it continues to resemble a pattern. Alvarez tends to have at least one scorecard in his favor in any competitive bout, or a fight where he clearly lost that leaves viewers befuddled.

Are there many other mainstream sports where one can add a few points to a team before the bout begins? Can the Dallas Cowboys start with an additional seven points before the game begins if they are playing at home and are the favorite? Can the Los Angeles Dodgers have the strike zone widen when they pitch when they are at home and are the favorite? The answer to these questions are no. Sporting officials tend to instill fair play regardless where the location of the match is, and regardless of whom the favorite is. Now there have been occasions of unfair ruling or scoring, but it always taints the sport.

Boxing is a difficult sport because judging is subjective. There will be a variety of scorecards, but when major fights take place no judge should walk in with a predetermined winner. If a judge scores a bout one way, and the whole world sees it another way, then there’s a problem. Whoever is the better fighter that night should win. It’s hard to justify a fighter’s win based off popularity. Perhaps the boxing world has accepted certain trends in boxing, but does it make it right?

On a final note, if Alvarez were not as popular as he is now, would he have gotten certain questionable lopsided scorecards as he has in the past? Possibly. Perhaps in a parallel universe if Lara and Trout were the more popular fighters and they received favorable lopsided scorecards, then Alvarez might have had three losses and not be regarded as the kingpin of the division right next to Miguel Cotto.

Fortunately for the sport of boxing Alvarez is indeed a great fighter. His wins are non controversial because he’s evenly matched, if not better than the top fighters in his division. The only controversy is the few lopsided scorecards in his favor. Whether this pattern in Alvarez’s career is just an anomaly, or intentional remains to be seen.