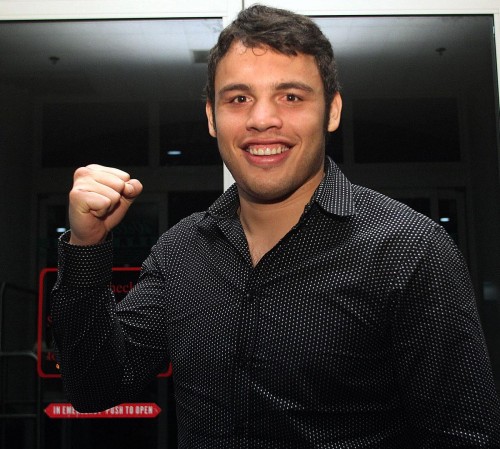 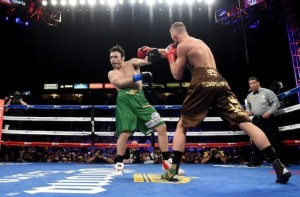 After quitting on his stool earlier this month against light heavyweight Andrzej Fonfara, former WBC middleweight champion Julio Cesar Chavez Jr. (48-2-1) is already looking ahead to his future and wants to return as soon as June or July.

Speaking with ESPN Deportes, Chavez, 29, plans to move back down to the super middleweight division limit of 168 pounds and pursue bouts against middleweights Martin Murray and Matthew Macklin, who have both been recently knocked out.

“Macklin and Murray are two fighters, who like me, have been at 160 pounds,” stated Chavez. [They are] two good opponents with whom I would have had a better chance than I had with Fonfara. I’ve already started training. I think that these two losses are not going to stop me. We will pursue new challenges and goals at this weight.”

The loss has put Chavez’s boxing career into question. Despite quitting, Chavez told Showtime’s Jim Gray that he was winning the fight at the time of the stoppage; which was simply derisible, as he wasn’t even remotely close to being in contention of winning.

“I think I was winning the fight,” Chavez said. “I think I won the fight before the seventh round with the referee deduction. I don’t know.”

Perhaps the left hook was so brutal, it left Chavez in a poorly thought out fairy tale.

I don’t know where Chavez is going to go from here, but by pursuing a fight with either Murray or Macklin, he is looking for what he thinks would be an easy victory. A fight with Murray would make more sense because Murray is big for a middleweight, but he would still have to come up in weight.

Given that Chavez has Al Haymon as an adviser, it is likely that there will be some sort of an attempt to get Macklin to fight Chavez. Macklin was brutally knocked out by Jorge Sebastian Heiland in November 2014 and is scheduled to fight on May 9th at the Barclaycard Arena in Birmingham, but an opponent has yet to be determined.

In September 2012, former light-heavyweight titlist Chad Dawson did the opposite of Julio Cesar Chavez Jr. and went down in weight to fight Andre Ward for the undefeated fighter’s super-middleweight titles. A drained Dawson performed terribly in the fight and was stopped in the 10thround. Dawson returned to light-heavyweight in June 2013 to defend the titles he took from Bernard Hopkins and was knocked out by Adonis Stevenson in the opening round.

With that being said, Chavez could always return to super-middleweight and challenge the new champion Badou Jack, who defeated former titleholder Anthony Dirrell by majority decision on April 25th. However, that fight could be difficult to make because Jack is pursuing a fight against English fighter George Groves, known for his two spectacular fights against Carl Froch.

It’s good to see Chavez is back to training, but if he continues to not take the sport seriously, he will never be seen at the top of the sport again.