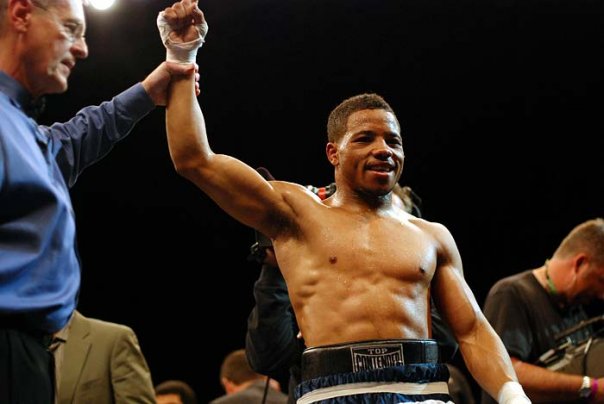 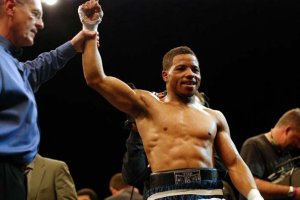 Boxing returns to San Francisco as OPP & MoBetta Entertainment Present “Back To Business, War On The Wharf” Saturday November 8, 2014, at the Longshoreman’s Hall. In the main event, hometown hero, Karim “Hard Hitta” Mayfield (18-2-1, 11 KOs) and Michael Balasi (10-5, 7 KOs) of Honolulu, HI, will battle in an 8-round welterweight bout. The fight will commence at a catch-weight of 145 lbs. Women’s heavyweights Martha Salazar (12-4, 3 KOs) of San Francisco and Tanzee Daniel (4-3-1, 1 KO) of New York will clash in the 10-round co-main event.

Mayfield is, who hails from the Fillmore district of San Francisco, is looking to rebound from a couple of close decision losses. A victory in his hometown will surely boost his confidence as he looks to get back into title contention.

“Man I’ve been working real hard in the gym and I’m just trying to get back in the win column,” said Karim Mayfield. “I had a couple of setbacks in my last two fights but I’ve had time to rethink the situation and now I feel I’m ready to go on another run. I know I have some fight left in me and I’m going to bring it on November 8th in front of my hometown fans. I want to thank my brother La Ron Mayfield and Osric Pratt for bringing this fight to San Francisco. Balasi is a tough guy but I’m on a mission to get back on top and I’m not going to let him derail me. He’s in trouble!”

Back in April of 2013, Salazar scored an impressive win against former undefeated Greek native Sonya Lamonakis (9-1-2, 1 KO). Salazar, who held the Women’s International Boxing Federation World heavyweight title, is looking to continue her success after the long layoff.

“First off I like to say I’m very happy to be fighting in my hometown,” said Salazar. “Women’s boxing is coming back and I want to finish off these last years of my career on a positive note. It’s been a while since I last fought but I’m ready to go as I had a great training camp. I’m hoping to bring an exciting fight to all my fans with the thoughts of being victorious.”