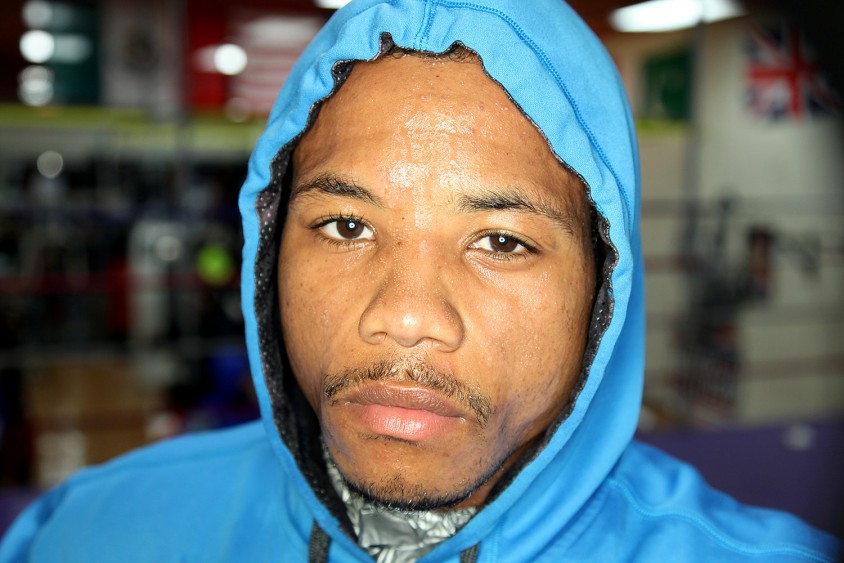 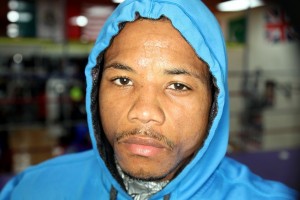 When I graduated college in 2006, the economic boom was about to end. It was foreshadowed by one of the weirdest graduation speeches I can remember in which, the students, us, where told that dark times loomed in the future. It was far from the cry of optimism that we had hoped for when we began that investment.

So why do I began a piece on a boxer who I have followed his career so closely with this memory, well it is where it all started. At age 22, I was lost and confused. I was making mid-tier choices that could easily turn into bad at one subtle moment.

The most important things in life seemed to be getting a buzz in some form or fashion, being around my group of friends and trying to find new girls to get their cellphone numbers. This was the pattern for this whole year as I view the neighborhood section of the movie, A Bronx Tale. No one wanted to leave the neighborhood, and if we got back late we would go to a parking lot where all use to hangout to see who was there.

Essentially, I was directionless and losing hope in anything working. That is where Karim Mayfield first enters this story. At a Lil Wayne concert, someone sold me and my friend, a ticket to a boxing match between Andre Ward vs. Derek Findley in San Jose, CA. Boxing seemed like something that we should be into, and we went. Mayfield knocked out Salvador Lopez in a stunning fashion in what made me and my friend life long fans. We went knowing little about boxing and left with a new name that we wanted to see more of.

The following year was a much more proactive one as I began to suddenly become a boxing fan as it added structure I needed. No longer did I have a life where I could do whatever I wanted. I had to know at least a bit of boxing and even though the whole world didn’t know who Karim Mayfield was at the time, for me that was the fighter I was invested in.

I remember having to look on MySpace and other forms of social media before Twitter to see if Mayfield beat Francisco Santana, an undefeated fighter at the time, the same goes for Rahman Yusubov who was 5-0 when Mayfield beat him. Then the distant memory of Mayfield knocking out Francisco Santana in a rematch with his friends and family sitting in front of me going nuts when it occurred prior to the Kessler-Ward main event. For those who don’t know, that was a huge fight in the Bay Area at the time.

The following year it felt like it was going to be Mayfield’s year as Ellie Seckbach began to feature him on his viral videos that showed off the personality. He was also involved in the Manny Pacquiao camp leading up to the Shane Mosley fight. Which was short lived because he was kicked out of the camp by February in the lead up to the fight.

Mayfield continued to fight but was a little harder to track for this period. It wasn’t until I first transitioned to the media and met Mayfield that perspective was given. Mayfield has always had it tough, but in the fight game especially. On any given day, he can beat anyone, and he has proven it in the gyms and training camps he has been a part of.

In the first press conference I attend Andre Ward vs. Chad Dawson, it was Mayfield who looked out for me helping me get access to the higher profile fighters and also telling me that I should keep writing about boxing and that I was good at it. It is a common story that a lot of us in the fight game share in the Bay Area in which Mayfield had a positive influence on people in one way or another guiding them in the right direction.

For this reason, I view Mayfield as the people’s champ in the way you can count hundreds of people Mayfield has given unconditional love to in the Bay Area boxing scene. Casey Morton to RJ Magayanes to Aaron Coley, Mayfield has been there offering support when people didn’t know if this was the right path for them. I think it is deeper than that though as it comes down to the fact that the Bay Area as a whole gets disrespected on a national level. So we have to stick together to make it through the storm that is pro boxing.

Mayfield made it to Top Rank Promotions after defeating Mauricio Herrera and compiling a highlight reel knockout over Raymond Serrano. The problem was Top Rank never seemed to really know what to do with Mayfield as his two fights with the promotion felt out of place as he knocked out Chris Fernandez in Carson, CA and then lost to Thomas Dulorme in Atlantic City, New Jersey.

It was rough seeing that result as Mayfield had the whole Bay Area community behind him and had to face a fighter at light welterweight who was not one, people often go out of their way to face. Then came the Emmanuel Taylor fight that really hurt since Taylor was viewed as a man in limbo.

The fight was close it could have been scored either way, but it just didn’t feel like it was the same, Mayfield. The Mayfield who got me so into the local boxing scene years ago and created my passion for the sport. The Taylor fight was a labor of love to watch. It seemed both fighters were coming off a loss fought not to lose rather than outright win as the lone moment of excitement came in the form of Mayfield knocking down Taylor in the eighth round.

It was tough, and that leads to the whole point of this story. I am not sure how or why, but someone contextualized a statement I made about Karim Mayfield somewhere, I am not sure if it exists on video, audio or just in story form. The statement essentially was that I stated “Mayfield is done!” Now to the reader, which might not seem like a damning statement, but it truly is if you see just how hard a pro boxer works. Every day as they labor day after day just for 12 round fight in front of friends and family. It is like being told you’re no longer needed in life, a death sentence, it leads to that fearful statement we all hate to hear retirement.

Do I remember when, where or the context of the statement, no clue. I just remember the sadness of seeing Mayfield lose to Taylor. Maybe I was selfish when I made that statement that I wanted to be pleasantly surprised as to future success without understanding the hurt it could cause a fighter, whom training and fighting are everything? I am not totally sure since I don’t remember the context of the statement.

Was it that I was disingenuous and not being forthright as a media member, but also by proxy getting caught up in being friends with some of the fighters? Is working in that gray area the real problem? I am still working through that, but I know I broke one of my cardinal ethos of reporting, don’t be a jerk or mean spirited when fighters work so hard for so little in the big scheme of things.

The big thing is Karim Mayfield has always been good to me. I am still not a very famous person or notable, but I am at least a source and before I am whatever I am now, Mayfield always allowed me to interview him and supported me. When the Shawn Porter fight seemed to be happening he called me first. When he called out Broner, it was just me and him in a now defunct boxing gym in San Francisco watching James Kirkland vs. Glen Tapia before he trained. That video now has over 70,000 views and is the highest video I have ever recorded. The case and point are that Karim Mayfield has supported me every step of the way and been there to help me get to the next level and to think I didn’t return the favor hurts.

Karim Mayfield is returning in June, June 20th to be exact. I could say the opponent, but feel that should be left for someone else to do since I feel that releasing that info isn’t really my place at this time. Mayfield will be on the television undercard of Andre Ward’s return the ring against Paul Smith on BET in Oakland, CA in a fight that is one of the biggest spots of his career. Mayfield is fighting a guy not known as a spoiler, which most of his TV dates to this point. In essence, this could be the transcendent Mayfield fight that earns crossover fans as well with the Jay Z/Roc Nation influence.

I am writing this because Mayfield is a staple of Bay Area boxing, anyone who is anyone in the Bay Area fight game knows Karim and has a Karim story. Going into this fight, the conversation should be about Mayfield and his greatness in and outside of the ring and I don’t want any of my comments to be carried over into his training camp. In fact in a weird way. Six years later I might be going full circle as this might be an event I watch from the crowd as a fan in the same arena that made me really love the sport hoping that I see a replay of the Francisco Santana fight one last time.