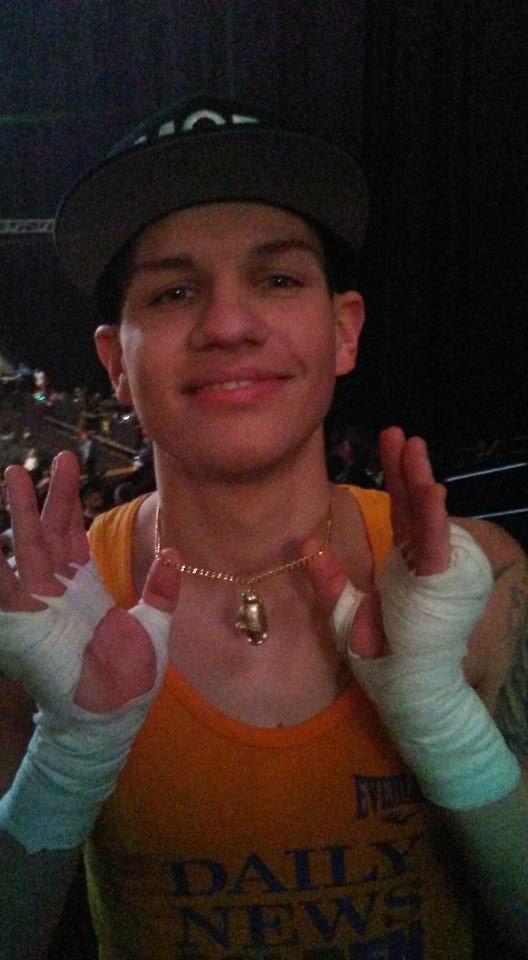 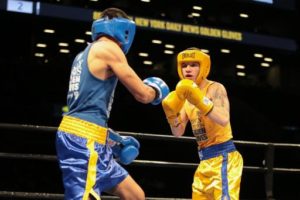 An Olympic year is typically a reminder for boxing fans that the amateur system is the future of our sport and it should be nurtured and cultivated. If you’re lucky enough to be in an area with a talented amateur fighter competing in the amateur system/program then you will likely be more aware of his skills by the time he turns pro than anyone else. It is likely you will become a fan of the fighter as you invest in him or her at a young age.

This experience is probably the closest a boxing fan comes to truly understanding and comparing his fanship to that of a football fan that roots for his hometown team.

Staten Island is fortunate enough to have such a talent in Kenneth Robles of the Atlas Cops ‘N Kids team. Robles recently won the right to be considered the best 141lb novice fighter in the state of New York as he went undefeated in the Golden Gloves tournament several weeks ago.

“It felt like a dream come true after the five-plus months of intense training, running, and sparring. Also, fighting five times and to hear your name being called as the best 141lb novice fighter in New York is an unexplainable feeling,” Robles told Thaboxingvoice’s Josh Grayfer in a recent interview.

Robles, with the help of his trainer Lou Manfra, separated himself from the rest of the pack almost immediately. He caught the attention of most boxing insiders early on in the tournament and then managed to secure his position as his area’s best.

While Robles maintains impressive physical gifts and the kind of natural abilities associated with world class talents, the 25yr old says that his tournament win was possible because of all the effort and training he put in during the lead-up. He credits his trainer as well as the program at the Atlas facilities. It was because he trained so thoroughly that he was able to adjust to the sometimes chaotic and often times sporadic nature of tournament boxing where preparing for a specific opponent is not done in a 12-week camp.

“Me and my trainer Lou took it one fight at a time because we had to adjust to every fighter that had a different style. So we prepared for southpaws and orthodox fighters, aggressors, and boxers, a lot of bag work, pad work, and adding plyometrics to our workouts.

“I been in the program for some time now and it has become my second home. The Atlas program has developed and raised many Golden Gloves champions and soon to be world champions, so to be a part of that stable is a blessing and honor.”

Fighting in one of the deepest weight classes in boxing, Robles knows that when he turns pro it could be at a time when the division is as talented as it is marketable. The fighter from Staten Island is still growing physically and despite the odds that he debuts at 140lbs, it won’t be long before he is a full-fledged welterweight.

“The [147lb] division is pretty stacked with amazing and tough talented fighters, not including all-time great Floyd Mayweather. Right now, I think it’s perfect timing for fighters like Keith Thurman, Shawn Porter, and also Danny Garcia to take over and bring out the division as well as boxing in general.”

As for Robles’ future plans, he is very aware of his next move and would like to turn pro by the end of the year, but he would like to take care of some business as an amateur before making the move.

“I am 25yrs old right now and I achieved one of my dream goals in life. I would like to fight 2-3 more times and my last fight being a big event: New York vs. England. I previously went to London to compete in an event last summer. I got the win against a very strong fighter. Maybe we can get a rematch with the same fighter and call it redemption? And after the summer, definitely, I will be looking to turn pro.”