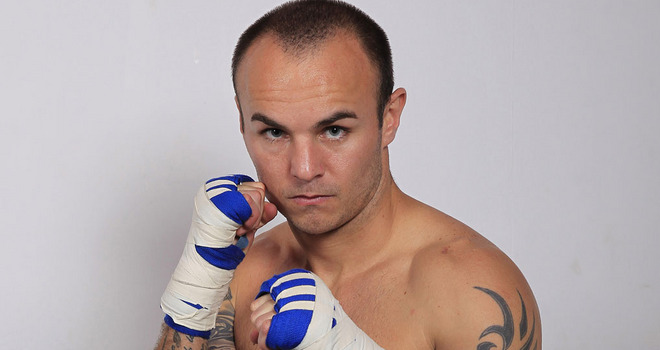 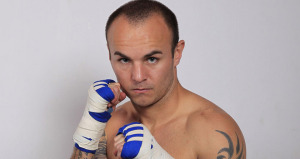 British lightweight Kevin Mitchell (39-2, 29 KO’s) is within touching distance of his first world title shot in nearly three years as he prepares to take on WBC champion Jorge Linares (38-3, 25KO’s) on a bumper PPV card at the O2 Arena in London, England on May 30th.

The fight will be one of three world championship battles on the show alongside Kell Brook vs. Frankie Gavin for the IBF welterweight crown and Evgeny Gradovich vs. Lee Selby for the IBF featherweight title. Matchroom Sports is going all in to justify the price of this show.

This is an opportunity for Mitchell to fulfil the potential he showed as a precocious eighteen year old who was knocking seven bells out of everyone in his way on his climb up the pro ladder. This after winning the featherweight ABA tournament(Amateur Boxing Association) in 2003.

He came unstuck in his first real step up in class in his thirty-second outing against Michael Katsidis for the interim WBO World lightweight title in 2010. He was stopped inside three rounds by the rugged Australian at Upton Park of all places.

He rebounded well enough from that defeat with two solid wins over John Murray and Felix Lora but inactivity in those subsequent two years hamstrung him considerably in his next world title tilt against Ricky Burns in 2012. Mitchell was again stopped early – this time in the fourth – and against Katsidis, he failed to deal with the physicality of the more aggressive fighter and defensive lapses opened up.

Mitchell has repeatedly stated that throughout that turbulent period of his career, he wasn’t ‘living the life’ of a boxer and wasn’t entirely focused on the sport. He has since reunited with his amateur coach Tony Sims and has looked more composed under his guidance, albeit against a lower level of opposition.

His two most recent wins over Ghislain Maduma and Daniel Estrada were his most impressive since the renaissance began and they seemed to have filled him with the requisite confidence to take on a high-level operator like Linares, as he told WorldBoxingNews.net.

“This is the making of my career. I will win this fight and create a legacy as an unbeaten world champion. I know Jorge Linares is a three-weight world champion and a classy fighter – if you allow him to do what he wants to do, but I believe I will shut him down.

“I’ve matured, I feel secure with the team around me and I have left that party boy behind, I am enjoying it again. There’s excitement in me; Tony Sims is getting the best out of me. As a result, it’s a good feeling. I know I am going to win this fight.”

If this confidence and excitement can be translated into tangible results, then the UK will have another world champion in its ranks. But, Mitchell is in against a very smooth, confident, and technically gifted fighter in Linares, whose hand speed, accuracy, and composure are all noticeable assets.

There are actually quite a few similarities to be found in both men’s styles; most noticeably the way they snake the upper body from side-to-side before launching the lead left uppercut, to devastating effect when it lands. The main difference here is that Mitchell holds his hands quite a bit lower than his Venezuelan counterpart when attempting such maneuvers. Both are on the crest of a wave having not lost in three years apiece and it may be subtle differences like that which may give either man the advantage on the night.