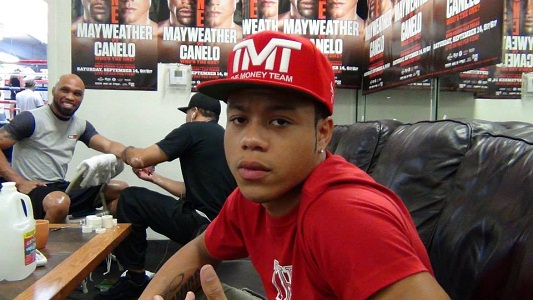 Highly touted amateur star and 2013 Ringside world champion Kevin “The Second Coming” Newman II whom trains out of the Mayweather Gym in Las Vegas has decided to step away from amateur boxing and step his game up and move on to the pro’s. Newman made the announcement with a recent online post of a picture of his professional boxing license.

Newman will be a force to be reckoned with in the pro’s due to his tremendous talent and the experience that the 22 year old fighter has received training alongside professional boxers and working with the Mayweathers’ ( Floyd Sr., Roger and Jeff). Newman has his sights set on become a world champion at 160,168 and 175 pounds.