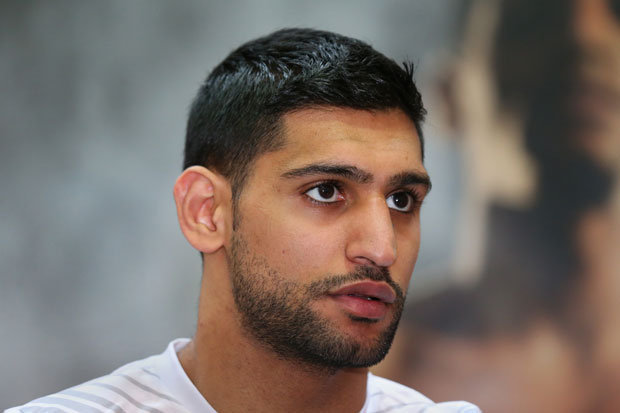 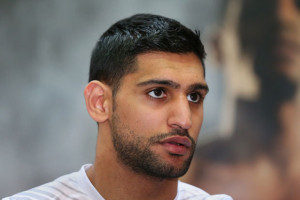 British welterweight Amir Khan (31-3, 19 KO’s) has had a few days to reflect on his latest victory over the weekend; a unanimous decision win over the American Chris Algieri (20-2, 8 KO’s) at the Barclays Centre in Brooklyn, New York.

He spoke to FightHype.com and conceded that he did not perform optimally in a fight that saw him under intense pressure from a pursuing Algieri for the majority of the twelve rounds.

“I don’t think it was the best me, it could have been better. I don’t know if I’m being hard on myself, but I know I was capable of having a better fight. But then on the other hand you have to have a lot of respect for Chris Algieri, he come to fight, and he wanted to win.”

Algieri transformed himself just for Khan’s benefit in this fight. His usual display of boxing on the move was replaced by a relentless forward march as he tried, unceasingly, to land his right hand, and he did so with worrying regularity right on Khan’s chin.

Khan admitted that he and his trainer Virgil Hunter had “worked on a style where he was gonna run,” but it was Khan who found himself back-peddling for most of the night as he tried to find space to get his own fast combinations off.

Khan feels that the fresh face in the corner made a huge contribution to Algieri’s performance on the night.

“I think that definitely makes a big difference having that new trainer. Obviously I know how it’s like because I’ve changed from trainer to trainer, but when you do have a new trainer you want to impress.”

And Algieri must have achieved that goal. He never stopped trying to hurt Khan with power shots despite never having garnered the reputation of a big puncher up to this point.

He and Jackson felt Khan could be hurt, and he went out to try and complete that objective. He was successful too, just not to the point where Khan went down.

Khan also admitted that he did not enter the ring in the physical condition that he would have preferred.

Yeah, we did. Khan was positively dwarfed by Algieri who only made the step up to welterweight last November, and looked as if he could keep going up if he so chooses. The size disparity contributed to how the fight played out, as Algieri could conceivably been given a confidence boost by his size advantage.

Khan managed to emerge the victor by landing punches on the move, going backwards more often than not or stopping just long enough to throw before skirting away again. Make no mistake about it, the two judges scorecards that read 117-111 were a joke. The remaining card that had it 115-113 was a fair reflection of how the fight went, and in a sane world the bout could have been scored in Algieri’s favour if one or two more rounds went his way.

This latest win was not a vintage Khan performance. He was caught far too often by Algieri’s right hand and failed to adjust once it became clear that was the punch his opponent was looking for. He could not deter Algieri from coming forward and exhibited a distinct lack of punch variety throughout.

Everyone is allowed a bad day at the office, and he must be hoping he got this one out of his system before he fights someone with more thump in their gloves.