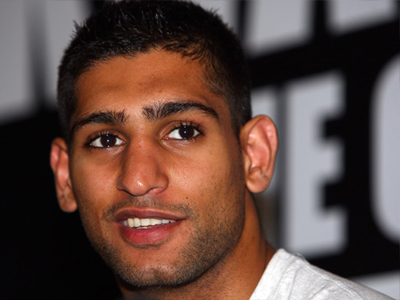 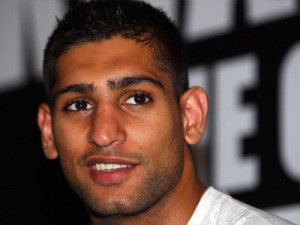 After the Mayweather-Maidana rematch this past Saturday, ThaBoxingVoice.com had a chance to catch up with Amir Khan. The British welterweight told us that he saw a lot of flaws in Floyd’s game last saturday night. Flaws that he feels himself could capitalize on if a fight between Floyd Mayweather and Amir Khan ever happens.
He explained, “Whether we fight or don’t, I really wish him all the best in the future. But I do really want to fight him. I really believe that I have the style to beat Floyd. There were times in the ring last Saturday when I thought, wow if that was me in the ring, I would have beaten him. I am so much better than Maidana. You see his legs really hurt after he got caught with a good shot. This was not the Floyd Mayweather I was used to see a few years ago.”
We asked if Amir Khan feels that he deserves the fight. He answered, “It would make a lot of sense financially. We are both big names. I am stronger and quicker than the rest. I have been caught with some shots, but that happens. That is boxing. But when it comes to technical boxing, no one can beat me. My jab is very strong, I am fast, even faster than Floyd, and I got a big boxing brain.”
The fighter concluded the interview with saying that he feels he hasn’t fought Mayweather yet because they fear him. He elaborated, “I really think that Floyd’s team doesn’t want the fight with me. They know how many problems I am going to give him. And they know that I am faster, younger and stronger than Floyd.”
Tweet