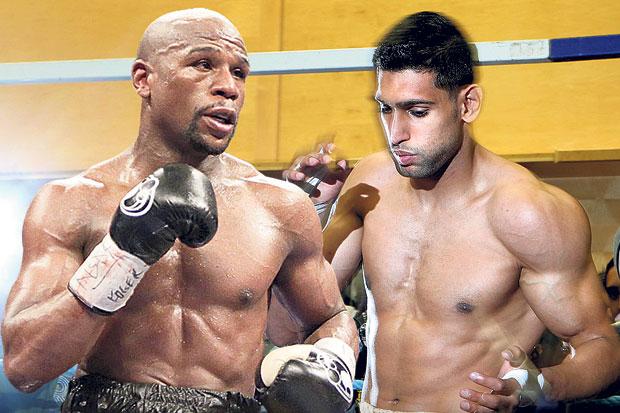 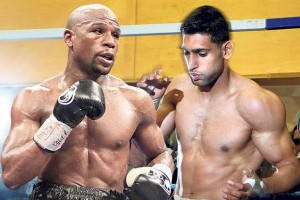 Ricky Hatton was the last British fighter to share the big stage with Floyd Mayweather Jr.

Mayweather seems to be playing possum with another British fighter in Amir Khan. Throughout the fight week promotion that was Adrien Broner and Shawn Porter, Mayweather named dropped Andre Berto and Karim Mayfield as potential opponents for his September 12th date.

Amir Khan is still waiting, and Ricky Hatton feels his last performance against Chris Algieri might land him the Mayweather fight.

“I think Amir stands a good chance of getting Floyd now,” Hatton told ESPN. “I don’t think Amir would have scared Mayweather with his last performance, and that might help him get the fight. Amir was always on the move against Devon Alexander and Luis Collazo and that might have put Floyd off fighting Amir.”

Hatton believes Khan’s style with give Mayweather fits and perhaps that’s why Mayweather is hesitant to choose Amir at the moment.

“Styles make fights and Floyd loves fighting big punchers because he can sit back on the ropes, roll his shoulder and slip the punches and do what he does so well. But someone who might trouble him is someone who can match him for speed – someone like Amir. Amir against Alexander and Collazo might have put Floyd off but in Amir’s last fight I don’t think he looked quite as good and that may have helped his chances of getting Floyd,” Hatton said.

Out of all the people mentioned as potential Mayweather foes, Hatton feels Khan deserves it

“I hope Amir gets it because he deserves it. He’s taken a slagging, he’s got KO’d a couple times but he always comes back and he’s never shy of a challenge,” Hatton said. He deserves to fight Mayweather. Amir has to go for Mayweather or Manny Pacquiao next, and Mayweather is the best in the world. If those fights don’t come off then, the best payday would be Kell Brook at a football stadium.”