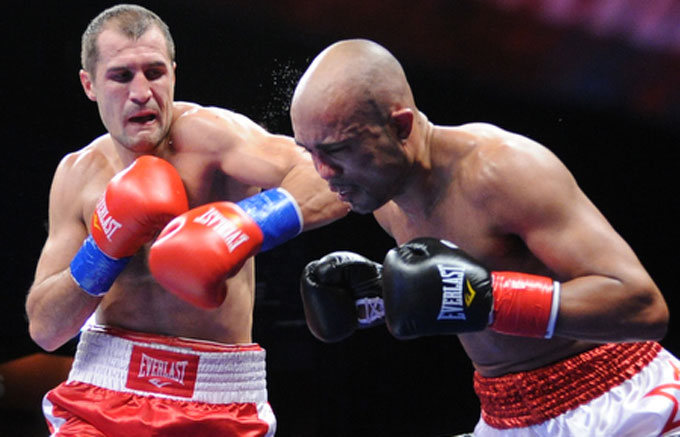 The news that Welshman Cleverly is to square off with the Russian Sergey Kovalev on the 17th August is exciting news for a fighter whose career has stumbled along in recent years.

There had been suggestions that Kovalev was instead going to face Bernard Hopkins for a world title following the cancellation of Hopkins bout against Karo Murat. Thankfully for Cleverly, he has been able to get in first and arrange the fight with Kovalev.

Fighting Kovalev will open Cleverly to the American audience and could be a masterstroke by promoter Frank Warren. Kovalev has been making a real name for himself in America with his punching power and if Cleverly can win than gaining a shot at the big names should follow.

Cleverly, aged 26 is still a young fighter who is looking for the big fights out there. He is a very exciting boxer with speed, power, and boxing skill that can make him a real star of the sport.

Cleverly has struggled to attract the big names in the division such as Bernard Hopkins when it is clear that he is ready for these big fights. Of recent times Cleverly has fought the likes of Karpency, Hawk, and Krasniqi. These are all good fighters but not really fighters who are going to test Cleverly.

Cleverly will go into the fight with a record 26-0 and as the current WBO light heavyweight world champion. He has an impressive record with a win against fellow Brit Tony Bellew who is to fight for a world title next time out.

Kovalev heads into this fight with a remarkable (21-0-1, 19 KO) and is very excited about the prospect of fighting for a world title. Kovalvev stated, ‘I look forward to going to Wales to fight with Cleverly and I congratulate him for accepting this challenge.”

Kovalev should prove to be a real test for Cleverly but one that he has to come through if he is to fight the elite of the sport. Kovalev is a noted big puncher with Cleverly himself saying, ‘”He’s making big waves in America and he’s a fighter that people know. His knockouts are frightening to watch.”

Despite Kovalev’s undoubted power I expect Cleverly to win this and hopefully go on to fight Bernard Hopkins in what would be an incredible fight. Cleverly is quick and I would expect Kovalev to struggle to cope with this.

Kovalev will look to come forward and land big shots but I expect Cleverly to be too elusive most of the time and engage at his own choice. This will definitely be an exciting fight that is sure to gain the attention of the public.

With the fight being held in Cardiff, the home support should play a massive part and really help Cleverly in the moments when he needs to dig deep. Cleverly can build a massive fan base in Wales and if he wins his profile will increase significantly.

This should be the start of the big things for Nathan Cleverly who in my opinion can go on to be a unified champion.