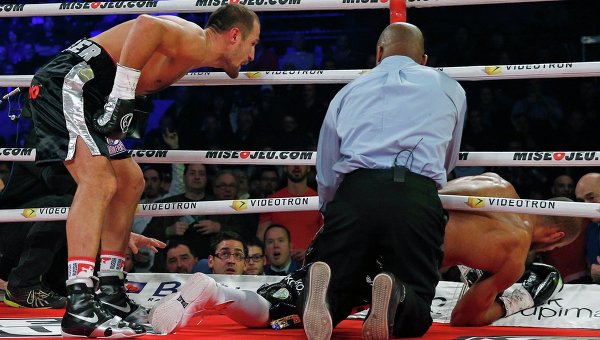 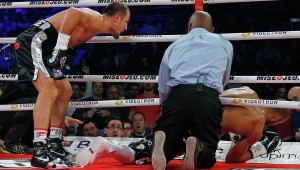 Trainer John David Jackson was in camp preparing light-heavyweight champion Sergey Kovalev (27-0-1, 24 KO’s) for his next title defence against Nadjib Mohammedi (37-3, 23 KO’s) on July 25th when he spoke to Seconds Out recently. During the talk, the subject fell a few pounds south to the fighter who has just returned to the fold.

Andre Ward (28-0, 15 KO’s) had fought once in three years before he came back to action on June 20th to destroy the travelling Brit Paul Smith. Injury and promotional issues were to blame and the unwanted layoff cost him three years of his prime.

JDJ was asked about the possibility of Andre Ward facing his man Kovalev as an alternative to the one everybody wants to see.

The Russian knockout artist Kovalev holds the WBA Super, IBF and WBO belts at 175 lbs., but the WBC strap remains around the waist of his unwanted peer Adonis Stevenson (26-1, 21 KO’s), who is also known to shut a few lights out.

A unification between the two is a much-sought affair but looks unlikely amid growing animosity between both camps and the pesky cross-promotional highway that would have to be constructed.

Ward, who marches beneath the HBO banner alongside Kovalev, would serve as a satisfactory replacement. He weighed-in at 172 lbs. against Smith and could well be considering a move up in weight, leaving the disparity in poundage less of an issue than is sometimes the case.

JDJ would welcome a fight with the undefeated American gladly, detailing the situation as he sees it.

“Andre is good at ’68 and he cleaned the division out, he did what he was supposed to do; he gets kudos for that I take my hat off to him. Now you wanna talk about coming to 175. Come on. Come on. Listen, if [Darnell] Boone can hurt you at ’68 and drop you, what do you think this kid’s gonna do to him on the button?”

Ward was dropped by Boone -who was 6-2-1 at the time- in 2005 down at middleweight, but came back to win the unanimous decision. That glimpse of vulnerability is the only shining example in a scant collection amassed in the decade since and has oft been pointed to as proof of his fallibility.

Jackson must forget that his fighter was dropped by Blake Caparello, who only has six KO’s.

In reality, it was a mere stumble against a fighter with a comparable record while he was still getting his feet under him as a pro. His dominance since speaks more for his worth.

Kovalev’s power is of another planet, but who is to say he will be able to utilise it fully against a defensively astute operator like Ward?

But JDJ feels his man would be too much in every way for Ward, not just in the power department.

Kovalev is Ward’s superior in every department through JDJ’s eyes and the trainer was under no illusions which way the result would go in what he labelled as an “intriguing fight.”

He sounded unsure of it’s likelihood, however, sighting more opportunities for Ward at super-middleweight, as well as the fact that he views it as a forgone conclusion.