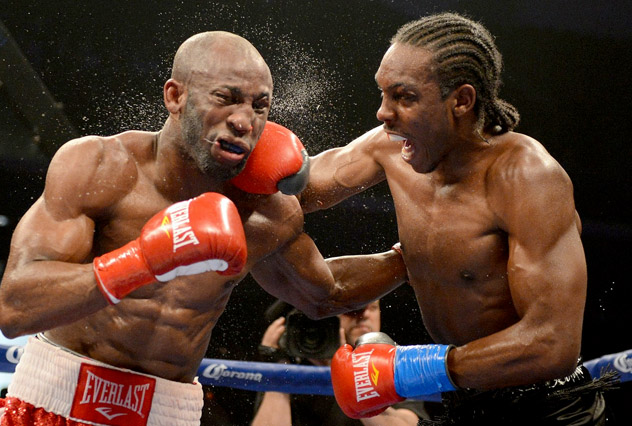 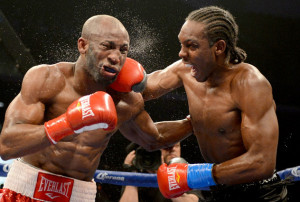 The winner of the Imam vs. Angulo scrap will be the WBC’s No. 1 mandatory challenger to the winner of the recently ordered Lucas Matthysse vs. Viktor Postol bout for the vacant WBC super-lightweight World title.

One of boxing’s fastest-rising prospects, the 24-year-old Imam has knocked out 14 of his 17 professional opponents since turning pro in 2011. The Albany, N.Y., native is coming off a lopsided 10-round victory over Walter Castillo on April 18 in a bout televised on SHOWTIME.

“I’m excited for the fight. My dream is finally coming true,” Imam said. “This is basically my title shot right here. This is the biggest fight of my career and I know I can’t mess it up. Not everyone gets to make it here, but I get to show the world my talents once again.”

A professional since 1999, Angulo is currently riding a five-fight win streak, with his most recent victory coming in November 2014 via a 10-round decision over Pedro Verdu. The native of Caracas, Venezuela via Ecuador made his U.S. debut in 2006 in a fight televised on SHOWTIME, losing a 12-round decision for the WBA lightweight title against Juan Diaz in Arizona.

“I’m excited to face Amir Imam on July 18,” Angulo said. “This is a great opportunity for me to get a huge win on SHOWTIME and in front of the great boxing fans in El Paso. I’m not going to waste this chance.”

Imam vs. Angulo joins a rare afternoon-evening doubleheader as CBS Sports and SHOWTIME combine to televise no less than five fights from the Don Haskins Center in West Texas.

Premier Boxing Champions on CBS will kick-off the action with a doubleheader featuring the U.S. debut of Irish champion Carl Frampton (20-0, 14 KO’s), who will defend his Junior Featherweight World Championship against Mexican contender Alejandro “Cobrita” Gonzalez Jr. (25-1-2, 15 KO’s) in the 12-round main event. In the PBC on CBS co-main event, heavyweight contender Chris Arreola (36-4, 31 KO’s) will return to the ring against Cameroonian heavyweight Fred Kassi (18-3, 10 KO’s).