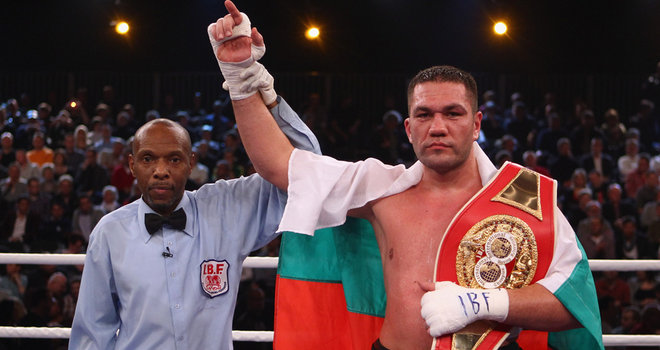 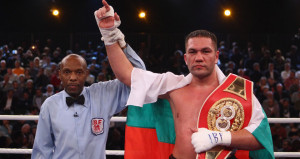 Kubrat Pulev (20-1, 11 KOs) returns with a renewed vigour on October 17 as the Bulgarian heavyweight star looks to get his World title ambitions back on track with a victory over George Arias (56-13, 42 KOs) at the dm-Arena in Karlsruhe, Germany.

Pulev has been out of the ring since November 2014, where despite a brave performance, the 34-year-old failed to dethrone Heavyweight Champion Wladimir Klitschko.

Following a period of transition, which has seen the ‘Cobra’ team up with legendary German coach Ulli Wegner, the former European Champion has made some important changes and believes he is now ready to work his way back into World title contention.

‘’The fight against Klitschko was a valuable lesson for me,’’ said Pulev. ‘’At that time I wasn’t doing enough, I was too complacent, but now I know what it takes to become World Champion and I won’t be making that mistake again. This is the start of a new beginning for me.’’

Wegner, the veteran trainer, also knows what it takes to compete at the very highest level having guided the careers of Sven Ottke, Markus Beyer and Arthur Abraham, and now, the 73-year-old has set about transforming Pulev into his next champion.

‘’Kubrat possesses a lot of talent but at times he has let his ego get in the way,’’ said Wegner. ‘’I will not allow this to happen again. I’ve made it clear to him who is the boss. We’ve been working on his defence and he has already shown great signs of improvement. I have no doubt that Kubrat has the ability to compete with the very best.’’

Said promoter Kalle Sauerland: ‘’Kubrat is still one of the best heavyweights in the world. Against Klitschko, he showed great heart and took the fight to the champion. He may have lost but his time will come again, and with Ulli Wegner in his corner, we have every faith that he will one day be crowned Heavyweight Champion of the World!’’