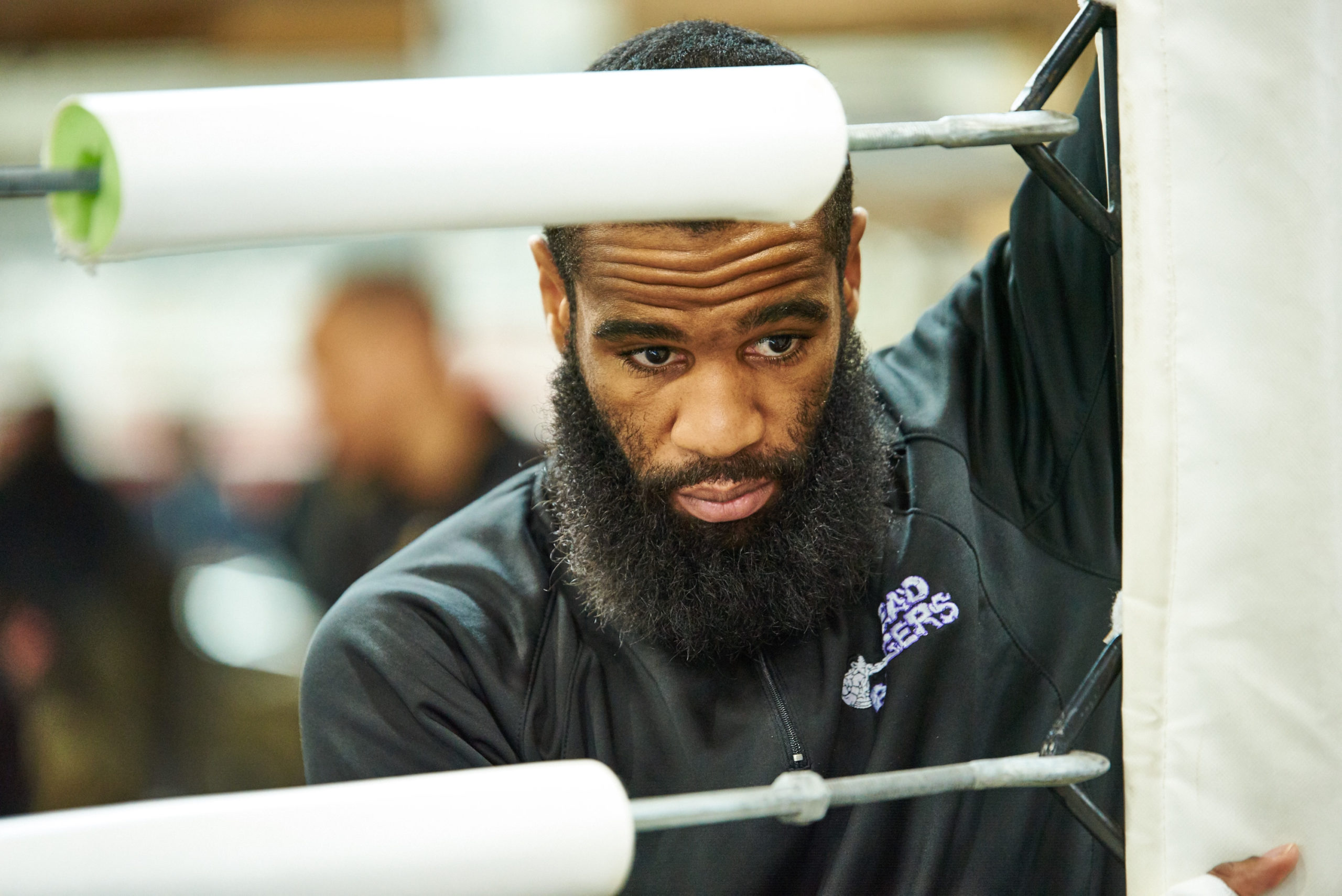 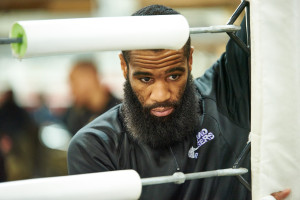 With the bout taking place with a 143 pound weight limit, I asked if he is fine with the extra weight or if he would have rather fought at 140 and have the titles on the line. Peterson responded, “I rather It been at 140 for the titles, just for the fans. We put our body through a lot to make our weight. I know it seems like a little bit of weight, but three pounds is a lot. I definitely feel stronger and feel more energized in the ring because of those three pounds.”

The last time Lamont Peterson fought a top person in the division, he was stopped for the 1st time in his career by Lucas Matthysee. Since sometimes getting stopped can change a fighter’s mentality, I asked him if he plans to keep his usual pressure style of it he will be more conservative with his approach towards Garcia.

“I’ve fought two times afterward. Dierry Jean supposed to be a big puncher, a big right-hand puncher. At the end of the day, when things like that happen, get stopped, knocked out, knocked down, you have to hit what I call a reset button. If you are going to be into this boxing game, you have to have confidence, confidence that you’ll win, confidence that you can take a punch, confident about everything. So for me, if I’m going to get back in the ring, I have to forget the Matthysee fight, the result, the way it happened, and that’s exactly what I did. Should I have a rematch with Matthysse, I won’t think anything of it, and I’ll fight him the same way I always fight”, replied Peterson.

Garcia has stopped a few good fighters with his left hook, so I asked Peterson if there are certain things that Garcia does that he specifically has to worry about. Peterson said,

“I just feel like I’ve been fighting for 20 years, and anytime I step in that ring I shouldn’t be worried about anything. If I can’t get away from a left hook, I shouldn’t be boxing. So no worries here, just trying to stick to my game plan that me and my coach come up with and just take it from there.”

Since Danny Garcia is likely to move up fully to welterweight after this fight, I asked Peterson if he planned to do the same or if he wants to go back down to 140. Peterson replied,

With people talking about Garcia’s next possible fights, I asked Peterson if he felt disrespected or extra motivated because people seem to be looking past him and giving Garcia the win already. Peterson then said,

“Nah, no hard feelings, people have their opinions, and I respect everyone’s opinion. If they think he’s going to win then that’s their opinion. At the end of the day, Danny Garcia has to get into the ring with me. I think differently, I have my opinion. I have my opinion that I’ll win. So we’ll see come April 11th and may the best man win.”