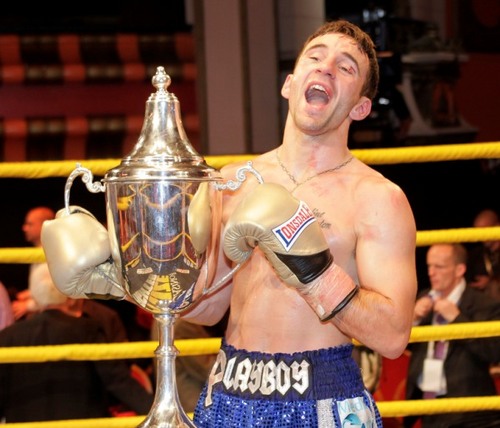 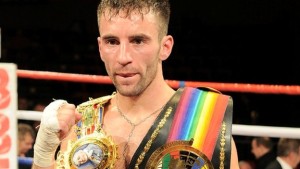 Bristol bantamweight Lee Haskins knows a European title win later this month could set him up for a shot at a version of the world title, as well as a potential domestic blockbuster with WBA champion and old rival Jamie McDonnell.

Thirty-one-year-old Haskins faces Omar Lamiri on February 21 in Monte Carlo, with the vacant European title up for grabs, but has even bigger things planned for the rest of the year.

“I try not to look at the world title picture anymore,” he said. “They’ve shut me out so much and it can get a little frustrating.

“The sport of boxing isn’t fair, and that’s putting it nicely. You don’t get what you deserve, and it doesn’t always treat you well.

“I just have to try and stay positive and focus on dealing with what is in front of me. That’s what I’m doing. If I get a world title shot in 2015, I’ll cross that bridge when I come to it. For now, I’m going to look after myself, dictate my own future and keep winning.”

Despite winning an eight-round decision over McDonnell in 2008, Haskins has watched his former opponent progress, improve and benefit from the kind of opportunities that have so far eluded the Bristolian. McDonnell now holds a version of the world title, while Stuart Hall, another former Haskins victim, also scooped an IBF title in 2013.

“We’ve tried to get both of them (McDonnell and Hall) to fight me for the world title and they just put me to the back of the queue,” said Haskins, 30-3 (13 KOs), a former British, Commonwealth and European champion. “It was a bit unfair. But, if I were in their shoes, I’d have probably done the same. I wouldn’t want to fight me, either.

“Jamie’s done really well, to be fair. He’s put himself in some serious positions, he’s trained very hard, he’s improved and he’s delivered when he has needed to. I can’t take anything away from him. He’s a great champion and deserves to be where he is. But, still, I’d do anything to get a shot at him and fight him again.

“When we fought first time round, he just couldn’t work me out. It was a very easy and one-sided fight for me. If I fought him again, it would be the same. I’d get the upper hand and win the belt.

“To be honest, I never used to train for fights back then. Even when I fought Jamie, I wasn’t training. I’d do two or three weeks of light training and then struggle making the weight. I was never anywhere near peak fighting condition.

“Now it’s different, though. I’ve got a family, and I’m older and wiser. I’m constantly in the gym and train three times a day most days. I learnt my lesson a good few times. It usually ended with me getting beaten up.”

Should a rejuvenated Haskins (WBC no.3) pick up the European title on February 21, and then continue his march up the world rankings, a fight with McDonnell could very much be in the offing. More importantly, he will be on the cusp of landing the world title shot that has so far eluded him in a 12-year professional career.

“At my best, I’m a dangerous night for anybody in this division. They all know that. It’s the reason they won’t go near me. There are easier fights out there, stylistically. I’m not an easy puzzle to solve.

“Promoters look to protect their champions and they want them to look good and impress each time they defend their belt. I can’t see anybody impressing or looking good against me. I’ll make them look silly.”