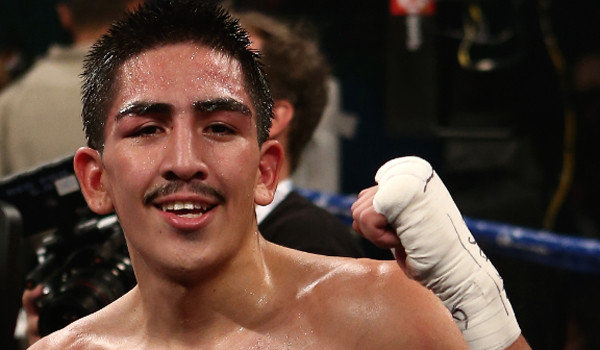 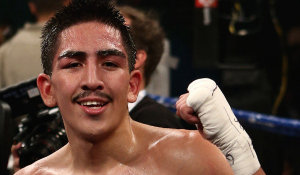 Leo Santa Cruz headlined a CBS broadcast televised card two years ago at give or take the same time we are at right now. The bright eyed, boyish looking man with facial hair of a young man and body punches of a mule seemed destined to be a star. Well, then add the Al Haymon factor or the “let’s maximize his market value” factor.

Santa Cruz obtained the IBF bantamweight title from Vusi Malinga in early 2012, he then went on a tour of duty destroying fighters of Christmas past, Eric Moral, etc. Somehow though Santa Cruz, the lovable and relatable man who talked with Jim Gray about hoping to make a six figure pay day for his family now appears to be shunned by the fans, but why? It is what I wrote about yesterday, Santa Cruz passes the eye test in fact, he aced it. The Victor Terrazas destruction was a moment that looked destined to make him a star. Fans seem annoyed that good fights exist for him (Guillermo Rigondeaux, Carl Frampton, Scott Quigg,  and hell even Chris Avalos) but they’re not manifesting.

It appears that Santa Cruz is starting to become the most clear assessment of the Haymon boxing structure as the boxing god’s cursed Abner Mares who was knocked out in the main event by Jhonny Gonzalez a little over a year ago. The knockout seemed to throw a monkey wrench in the progression of Santa Cruz as it appeared that the big wigs didn’t want to risk Gonzalez potentially taking out another prospect unsuspectingly as well as ruining the fight that was being marinated in Abner Mares vs. Leo Santa Cruz.

Since then well things have gotten weird. Santa Cruz fought once more before 2012 ended in what we can call a stay busy fight and a fair fight, but 2014 has been god awful for boxing and confusing when looking at Santa Cruz. Santa Cruz fought Christian Mijares, a fight that was ugly on paper and even uglier while viewing. Mijares was ranked highly by the IBF making the fight logical, but looking at Mijares, who is on a two fight winning streak and now ranked 13th in the division sort of sets a bleak picture of what the fight was.

Santa Cruz followed this up by stopping his sparring partner (literally) Manuel Roman in two rounds, which dispelled a pattern that was forming of long tedious decisions. Looking around the boxing world, okay I just woke up and looked on Twitter, but still, it is startling that Santa Cruz is not as beloved a fighter as he once was. Santa Cruz was the quintessential American success story from tragic beginnings to fighting for everything he ever earned, with the undercurrent of his family at the forefront. So why does it feel like resentment is growing?

Well, as a whole it feels like boxing fans are like Anne Hathaway in the last Batman movie in the Nolan trilogy as she explained a rise is coming in which the poor will overtake the wealthy. That’s paraphrased or sort of how I remember that movie being contextualized, now boxing fans are not Bane, the Sean Connery talking villain who talked through auto-tune that would make T-Pain envious, but boxing fans are tired and disheartened.

Boxing fans have been duped this year in 2014 in a year that will be remember for how BeIN TV had a better year then Showtime with a quarter of the budget. Whether fair or not, Santa Cruz is a casualty of war by being a Haymon fighter and at the forefront of “Is Haymon good for boxing?” The one clear thing though is Al Haymon and his business style approach of creating the most money out of the aforementioned talent is smart and good for business, but the question is: How will fighters who were beloved at one point translate to being privileged and entitled athletes even if that is not their ethos, how does that develop?

I guess the big takeaway is I am old school, money isn’t everything, money buys less problems, but it isn’t the end game. I just wonder is Haymon sacrificing too much of the human element, good and bad, the flaws of a human being for cold hard cash and will the ends justify the means?