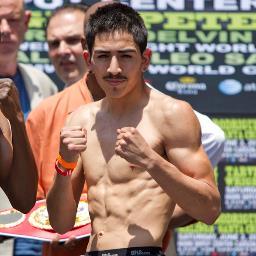 Talk of a fight between WBC super bantamweight champion Leo Santa Cruz and Carl Frampton has gone on for a while and the biggest issue that has been discussed is to where the two would face off should the fight happen. Frampton has stated that he would love to fight Santa Cruz at home but is more than willing to go state side and Santa Cruz has said that fighting Frampton in Belfast is very possible

Frampton’s manager Barry McGuigan couldn’t be happier hearing that Santa Cruz is more than willing to travel to Ireland to fight and July is just fine for Frampton and his team. Should Santa Cruz travel abroad to fight Frampton, McGuigan has an offer that Santa Cruz won’t be able to refuse.

“If Santa Cruz comes to Belfast I can make him an offer he can’t refuse,” said McGuigan. “I’m happy to know that Santa Cruz is willing to travel here. If the fight takes place in July that’s perfect for us. We are negotiating with Golden Boy and hopefully we can reach an agreement”