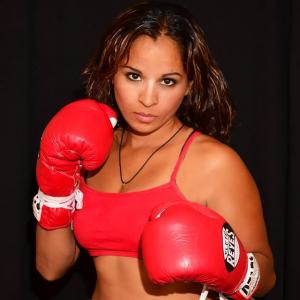 When you look at the careers of many fighters out there, a lot of them have been protected early on in their career. Linda “La Muñeca” Soto (6-6, 3 KO’s) on the other hand has not been protected. She has been thrown to the wolves and fought the best in the business. Needless to say, she has not had the easiest career early on. She has fought the likes of Jessica Chavez and Ava Knight on short notice and was nowhere near one-hundred percent ready to fight. It was hard for her.

“When I fought each of them (Chavez and Knight) I wasn’t 100% physically ready for any of those fights,” said Soto. “For example, when I fought ‘Kika’ Chavez I took the fight on three days notice before the fight, and I had to lose almost 4 kilos in less than a day. With Ava Knight, I took the fight 10 days before [fight night] and went from sea level to over 3000 meters above sea level, so that affected me plus I had not sparred for the last month, so when I got to Mexico City, I sparred the last three days before the fight. And on another of fight I had I tore leg muscles about ten days before my fight, and I still fought.”

Despite fighting Knight and Chavez the toughest fight, Soto has had came against Sandra Robles of January this year.

While she has not had the easiest road, her husband and pro boxer Javier Carrera (13-4, 10 KO’s) has made things easier for her but working a full-time job and being a mother of four have made it hard for her but it also makes her a stronger person.

“The easiest part of my career has been that my husband is also a professional boxer, and I have his support 100% as well as my families support.
The hardest part of my career is EVERYTHING! I’m a mother of four kids plus I work full time and Train from 2-3 hours daily. But what I can proudly say is that regardless of how bad I have gone into a fight I have never been knocked out or gotten a stoppage loss. I have lost all of my fight by decision including to the best boxers. One thing that stands out the most of being hard in my career is having to go up and down on weights divisions I have fought from 48 kilos all the way up to 54 kilos.”

Soto has fought twice this year and is currently scheduled to fight on December 12th in Puerto Peñasco, Sonora, Mexico along with her husband against an opponent yet to be determined. She hopes to close the year off with a win and fight for a world title in 2016 and wants to be the number one female fighter in her division from Mexico then fight her way to the top to be number one in the world.