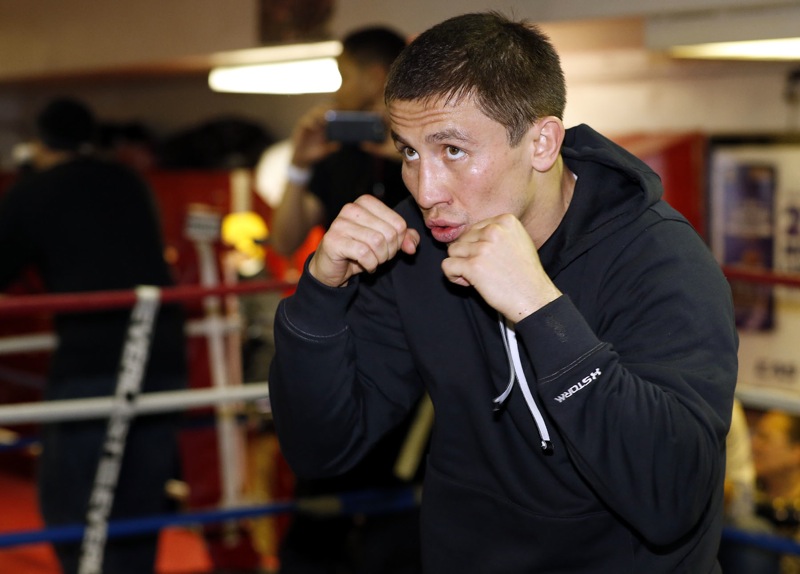 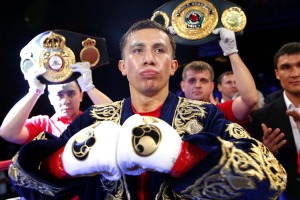 Gennady “GGG” Golovkin is getting ready to make his Forum debut in front of what is expected to be a stellar crowd in Inglewood, California. He will be facing off against the winner of ESPN’s 2014 Boxcino Middleweight Tournament Willie Monroe Jr. on May 16th, live on HBO.

It isn’t the biggest fight in the world for Golovkin, but he has to take what he can get while he bides his time and waits patiently for one of the more prominent fighters in his weight class to come around.

However, Tom Loeffler of K2 Promotions, Golovkin’s promoter, tells Radio Rahim in a video posted on Seconds Out’s YouTube channel that a southpaw is precisely what Gennady wanted to face in his next outing.

Loeffler is adamant about his admiration for Monroe Jr. taking the fight with Golovkin, a feat which many of his middleweight peers have repeatedly refused to attempt. But Loeffler says in the Seconds Out interview that Monroe Jr.’s promoter, Artie Pelullo, is just as impressed with Golovkin’s willingness to fight a southpaw.

Operating under the idea that Golovkin gets the expected victory on May 16th, what’s next and are we to expect the same matchmaking struggles that lead to these fights with solid opponents that lack the allure of big time prizefighting? Loeffler is hopeful that a big fight looms for Gennady in the fall.

Loeffler, who plans on securing four fights total for Gennady in 2015, says in the interview with Radio Rahim that he reached out to Cotto’s team to discuss the possibility of fight negotiations, but calls were never returned and he didn’t even get the consideration of a response.

But Loeffler says that Cotto isn’t the only big fight he can secure for Gennady and other possibilities are in play.

“We think by the fall, if everything goes the right way, we’ll see a big fight in the fall [for Gennady]. We don’t know if it’ll be Cotto, we hope it will be. If not, Canelo is fighting a week before Gennady, that would be a huge fight. Carl Froch, I was talking with Eddie Hearn, and he’s finally kind of warmed up to the idea and he realizes that would be a great fight. I think you’ll see a big promotion coming up down the road,” Loeffler said in the Seconds Out video.

Cotto and Froch are at points in their respective careers where they aren’t jumping at the chance to face a young, hungry lion with the dangerous components that Golovkin possesses.

Canelo, on the other hand, has already fought the kind of fighters many expected him to avoid. Canelo is a true fighter with no plans on avoiding anyone. I doubt Canelo fights Golovkin this year, and no one should blame him. After all, Canelo is not a middleweight, and it would serve his best interests to take a few fights at 160lbs to get acclimated before taking on the perceived best in the division.