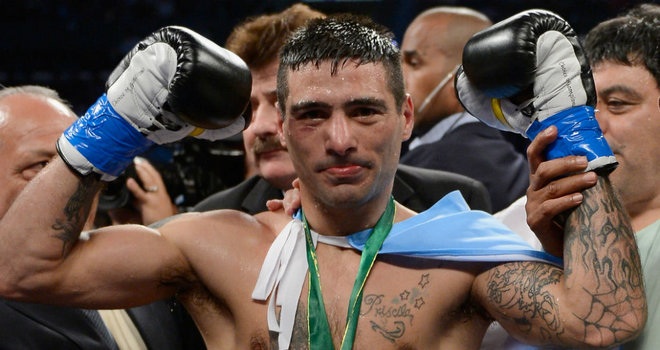 It’s been recently reported, that Argentine promoter Mario Arano, has said he was given the return date of September 6th, for Argentine slugger, Lucas Matthysse (35-3, 33 KOs) excluding him now from the September 13th pay-per-view card headlined by Floyd Mayweather and Marcos Maidana. The opponent for Matthysse Is still undetermined but 2 other notable fighters that are expected to make a appearance the same date are, Adrien Broner (28-1, 22 KOs), who will be In a separate bout, and Josesito Lopez (32-6, 19 KOs). All 3 fighters make for exciting fights, the possibility of Lopez facing either Broner or Matthysse are very slim as both Broner & Matthysse campaign at 140lbs, and Lopez Is now at 147lbs. A catchweight fight with either one Is possible but nothing Is confirmed as of yet. If indeed all 3 fighters are on the same card In separate bouts, It makes for a tremendous triple header. The card will certainly be a perfect set up for a future show down between Broner & Matthysse. No venue has been confirmed yet.