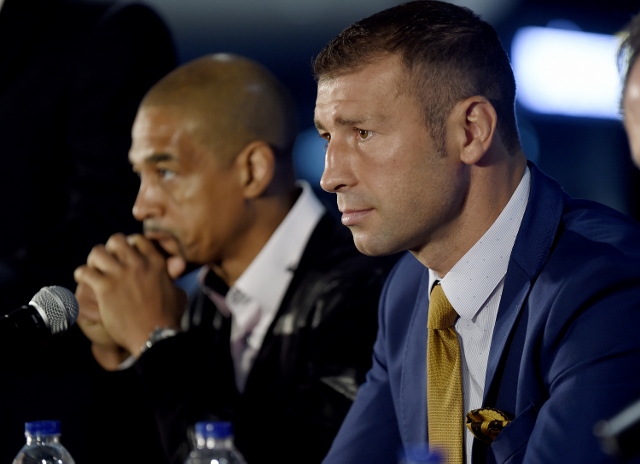 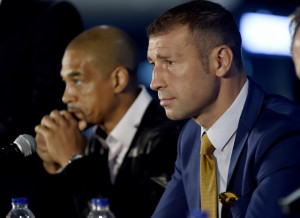 This super boxing event, “The Reclamation,” is co-promoted by Groupe Yvon Michel (GYM and Interbox, sponsored by Vidéotron and Mise-O-Jeu.

“I am extremely happy to have this opportunity at this point in my career,” Bute said. “I lost my title in England against an English fighter, and now, I will box in Quebec against another English boxer, for the same title I defended for five years. I am really motivated for this opportunity to regain the title I lost in 2012. The fact that the fight will take place in front of my fans in Quebec City, where I’ve never lost, will be the factor that will make the difference. I give all my respect to the champion, James DeGale, for accepting to travel for his first defense, but the IBF belt will stay in Quebec November 28!”

“Bute is a world class, elite-level fighter, who kept his world title for five years,” DeGale commented. “Anyone who can do that deserves some serious respect. I’m the champion, and he will be very fired up trying to win back his old title, but I’m too young, too fast, and too skilful to let that happen. I’m lucky enough to have boxed in Canada only a few years ago when I took on Sebastien Demers in Quebec in 2013. I met some great people out there. It is a lovely country, and I can’t wait to go back. I beat Demers in a couple of rounds, and I’d take the same result again. Whatever happens, however I win, I’m coming back with my belt.”

“For Lucian, this is THE defining fight of his career,” explained the President of InterBox and La Cage – Brasserie sportive, Jean Bédard. “This is a unique chance to regain his IBF super middleweight title. We are really happy to have concluded a deal for this fight against James DeGale. Once again, the Quebec boxing fans will be pleased with this first boxing card in the brand new Vidéotron Centre.”

“This event is possible thanks to the collaboration and help of major partners,” GYM president Yvon Michel added. “I would like to thank the Executive Vice President & General Manager, Sports and Event Programming of Showtime Network, M. Stephen Espinoza, Pierre Dion, President and CEO of Québecor, Benoît Robert, President and CEO of Groupe Sports et divertissement of Québecor, and the President of La Cage – Brasserie sportive, Jean Bédard, as well our partners, Vidéotron and Mise-O-Jeu.”

“November 28, Quebecers will have the privilege to assist, support and contribute for this important challenge for Bute – who defended his title for a record nine times – to regain his old title, which was never done before here,” Michel added. “The task will be hard because the champion is extremely skilled and is not afraid to defend his brand new belt in the former champion’s backyard. I would like to thank James DeGale for having accepted the invitation, but the whole GYM team is proud to promote this event and is rooting for Lucian Bute in his historic quest.”

“We are very proud to present a world championship fight between Lucian Bute and James DeGale for the first boxing card ever at Vidéotron Centre,” Dion remarked. “There is beautiful love story between Quebec City’s people and Lucian Bute, who won the four fights he has had in the old capital during his pro career.”

Lucian Bute, Quebec’s fan favorite
Bute is a boxer who has always been very popular in Quebecers’ hearts. After a solid amateur career, punctuated by a gold medal performance at the 2001 Francophone Games in Ottawa, plus participation in three World Championships, Bute chose Quebec as his second home.

Starting as a sparring partner for then World Boxing Council (WBC) world super middleweight champion Eric Lucas, the southpaw showed the extent of his talent and charisma, in addition to learning a new language, French.

Extremely dedicated and disciplined, the native of Pechea, Romania quickly rose through the ranks of professional boxing, stopping many tough and experienced fighters.

A clear crowd favorite, Bute realized his dream of becoming world champion on October 19, 2007, at the Bell Centre in Montreal, knocking out Colombian Alejandro Berrio to win the IBF super middleweight belt.

With nine successive defenses of his world title, the 35-year-old gladiator still holds that record for a Canadian boxer. Bute also obtained his Canadian citizenship March 26, 2012.

After a win over Russian Denis Grachev at the end of 2012, the athlete who now lives in Laval moved up to the light heavyweight division for a super fight against local rival Jean Pascal. In front of a sellout crowd in Bell Centre on January 18, 2014, Bute lost a unanimous against the former lineal light heavyweight champion.

November 28, Bute will try to avenge his loss to Carl Froch against another Englishman and recapture his lost title.

DeGale from Olympic champion to pro champion
A native of London, DeGale became a British hero by winning a gold medal as a middleweight (165 pounds) at the Beijing Olympic Games in 2008.

To do so, he bested Egyptian Mohamed Hikal (the last man to defeat Gennady Golovkin), American Shawn Estrada, Kazakh Bakhtiyar Artayev (2004 Olympic gold medalist 2004), Irishman Darren Sutherland and Cuban Emilio Correa Jr.
DeGale moved on to the pro ranks in 2009, winning his 10 first fights before losing a controversial decision to domestic rival George Groves in May 2011.

Since that victory, DeGale won 10 bouts including one in Quebec, May 2013, at Lac-Leamy Casino in Gatineau, where he defeated Sébastien Demers by KO in the second round.

DeGale became IBF super middleweight champion in his last outing, May 23 in Boston, with a unanimous decision win over slick American Andre Dirrell.

DeGale is the only British fighter to have won an Olympic gold medal and a professional boxing title.

Alvarez and Beterbiev also in action
Also fighting on the card are light heavyweight world title challengers Eleider Alvarez and Artur Beterbiev. Both will fight in their respective 175-pound division elimination bouts. A press conference will take place in the next few weeks to provide additional details.