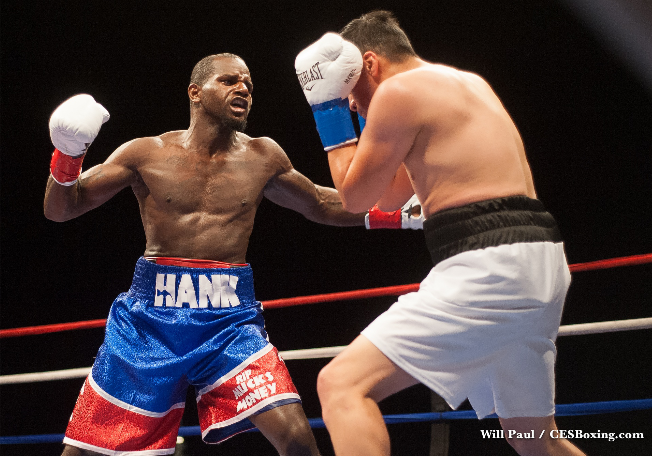 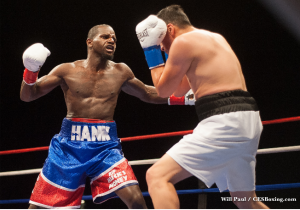 The 10-round bout, promoted by Golden Boy Promotions in association with Gary Shaw Productions and CES Boxing, aired live on HBO’s Boxing After Dark.

Dulorme (22-1) clipped Lundy (25-4-1) with an overhand right in the opening round, sending the Philadelphia native tumbling to the canvas. Lundy, who opened the bout fighting as a southpaw, dropped that round and struggled in the second before switching back to orthodox.

That’s when the pace changed dramatically. Working his jab and fighting effectively on the inside against the taller, rangy Dulorme by landing clean overhand rights, Lundy closed the gap in the third and fourth rounds before Dulorme rebounded with a strong fifth.

Lundy’s best round came in the sixth when a hard left followed by another overhand right staggered Dulorme, who began backpedaling and trying to stall by clinching whenever Lundy applied pressure. Lundy continued his onslaught in the seventh to further close the gap, but Dulorme spent the majority of the final three rounds circling the ring and keeping Lundy at the end of his jab, save for a brief period in the eighth when he comfortably outboxed Lundy in the center of the ring.

Unable to cut off the ring in the eighth or ninth rounds, Lundy closed the fight in impressive fashion with a strong 10th round as Dulorme ran out of gas, but the knockdown and subsequent 10-8 score in the opening round proved to be too much for Lundy to overcome.

The loss snapped Lundy’s three fight win streak while Dulorme won his sixth consecutive bout. The Lundy-Dulorme bout was Lundy’s HBO debut and part of a stacked card that featured a 12-round NABF middleweight title bout between David Lemieux and Gabriel Rosado.