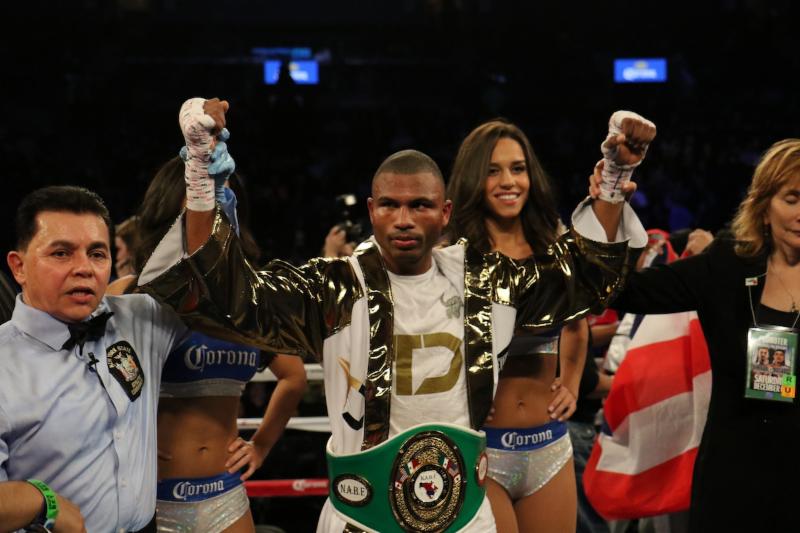 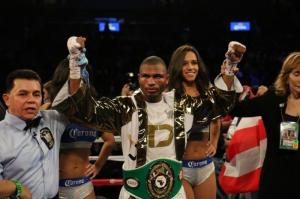 Dulorme started off strong landing a powerful right hand on Lundy’s temple, putting him down in round one. The momentum carried over into the middle rounds as Lundy had no answers for Dulorme’s powerful right hands. In round six, Lundy came out strong and landed some nice power shots to help him get back in the fight. Both fighters were giving it their all and Dulorme had to dig deep to keep Lundy at his distance. Entering the final rounds Lundy was swinging for the fences. Lundy was desperately trying to land a knockout punch to get him back in the fight, which was being controlled by Dulorme. Both fighters were tired entering the final round but Thomas used his height and reach to avoid any dangerous shots to keep his lead intact. Scorecards read 96-93 for Lundy and 96-93 and 97-92 for Dulorme who won by split decision. With the win Dulorme retains his NABF title.

“I knew this was going to be a tough fight because Lundy is a very determined fighter,” said Dulorme. “But I was in great shape and Robert Garcia, my trainer, gave me great advice in the corner. I wasn’t going to let anything get in the way of me winning this fight. My promoter Gary Shaw, whom I’m very thankful to, told me that there are some big fights lined up for me in 2015. I’m very excited about my future and I want to thank Gary Shaw and HBO for this opportunity. This win was for me people back in Puerto Rico.”

“At this level there are no easy fights and Dulorme showed he has what it takes to become a champion.” said Gary Shaw. “He had to really dig deep to come out on top and that’s what champions do. I applaud Dulorme for his performance and I’ll be looking to get him into another big fight in 2015, where I believe he will become a world champion. Evenly matched fights is what makes boxing great and I want to thank HBO for giving the fans a great match.”