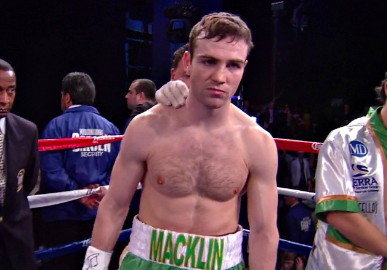 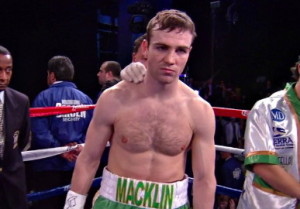 Matthew Macklin will face Jorge Sebastian Heiland for the WBC International Middleweight title in an official World title eliminator at The 3 Arena in Dublin on November 15, live on Sky Sports.

Macklin and Heiland were set to meet in August but the show was cancelled following an injury to Macklin’s then-trainer Jamie Moore. Macklin dusted off the cobwebs in Germany a fortnight ago with his first action since December and can take a huge step towards facing the Puerto Rican legend and WBC champion Miguel Cotto if he can see off Heiland, the 27 year old who is ranked at number four with the WBC and won the WBC International title in November with a fifth round KO of Billi Godoy in his native Argentina.

There’s a great supporting cast on a packed bill in Dublin, as bitter Middleweight rivals Spike O’Sullivan and Anthony Fitzgerald finally get their hands on each other, Commonwealth Super Flyweight champion Kal Yafai defends his title against Luke Wilton and Michael Sweeney and Ian Tims meet again for the Irish Cruiserweight title.

Dubliners Luke Keeler, Patrick Hyland and Declan Geraghty are all in action along with Stourbridge’s Sam Eggington, and promoter Eddie Hearn will announce the full card at a press conference at midday at the Three Arena next Tuesday.