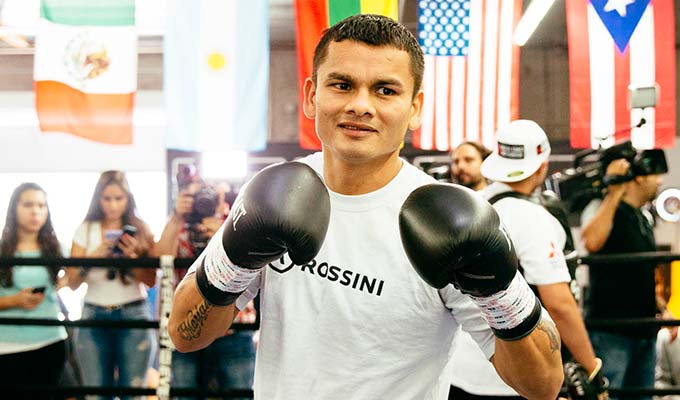 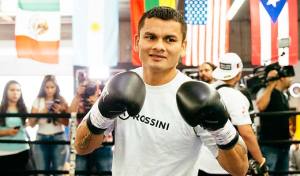 LONDON (Sep 10) – Marcos Maidana has called on pound-for-pound king Floyd Mayweather to ‘fight him like a man’.

The pair clash for the second successive time, live on BoxNation, this Saturday night from the MGM Grand in Las Vegas, with the rugged and rough Argentine calling on Mayweather to not run when they lock horns.
Maidana carries a fearsome reputation as one of boxing’s biggest hitters, with 31 knockouts in 35 wins, and has dismissed claims that his success in the first fight was as a result of the American superstar having slowed down, as he looks to goad Mayweather into a war.
“I don’t think age has anything to do with it. I don’t think it does because in the first fight, he could’ve fought with me a little bit, but then he started boxing and moving at times. So I don’t think age has anything to do with it,” said Maidana.
“He’s a good athlete. He’s in shape. I think that it was his decision to stand and fight with me. This second fight I hope he decides to stand and fight with me, to fight like a man. I hope he doesn’t start running or trying to move away
“I’m preparing for anything. I hope that he stands and fights. But if he’s going to run like a little bitch I’m going to have to chase him all around, and I’m prepared to do that,” he said.
The 31-year-old, who has shared the ring with the likes of Adrien Broner and Amir Khan, believes that this fight will prove to be an easier one than the initial bout in May and has rubbished the school of thought which says he needs a knockout to win.
“Personally, I find it much easier to face up against Floyd this time. When we first fought, I thought I wasn’t going to be able to see him, but I found him in the ring many times,” Maidana said.
“I don’t agree with the statement I need a knockout to win. I think that I can win by decision or by knockout. The first fight was a very close fight.
“It was a decision that was a majority decision, so I feel that I just have to make a few adjustments, put a little more pressure on, land better punches, and yes I can win, I can win by decision. Obviously the knockout would be nice, and that’s a possibility as well,” he said.
The reigning two-weight world champion Mayweather accused Maidana of dirty tactics in the first fight, which saw the Grand Rapids born star given his hardest night in years.
The man from Santa Fe, however, is unfazed by Mayweather’s accusations and admits he came close to retiring if he didn’t get the rematch.
“You know what? It doesn’t bother me that Mayweather says I’m dirty. It doesn’t bother me. There are things that he does as well in there, so it’s time for him to stop crying and just fight,” he said.
“I was really contemplating retiring if he didn’t give me the rematch, and I would’ve retired for the rest of this year at least and then see what comes up next year. But, yes, it was something that crossed my mind, and I was willing to retire.
“I got the rematch because the first fight was a close fight. He probably wants to prove a point. He wants to demonstrate that he can beat me outright. It doesn’t really matter. What matters is that the rematch is happening, and I’m very happy,” he said.
Tweet