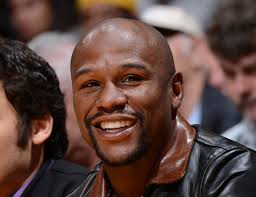 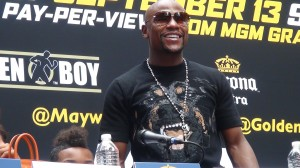 Floyd Mayweather Jr. and Marcos Maidana’s last bout was one of the most exciting in Mayweather’s long and epic career. Not only was it a gritty, chest-to-chest fight, but posturing and competitions really began in negotiations outside the ring were thought to be equally treacherous. Conventional wisdom from those in the know is that Mayweather offered an undisclosed sum of money to Maidana in order to change his gloves at the last minute before the fight. The gloves that Maidana is known for wearing are a puncher’s glove, something that the Money Team did not seem too keen on him wearing. While nothing about gloving appears in the contracts for Mayweather-Maidana II, the same dark rumors are still buzzing around the fight.

Former two-division champ and Showtime ringside commentator, Paulie Malignaggi took a moment to share some insights on the buildup to Mayweather-Maidana II with Thaboxingvoice.com. Being a fighter and boxing business insider, Malignaggi has a unique perspective on the boxing business. “I think that’s just Mayweather trying to flex his muscles as far as the pull they have,” says Malignaggi about Mayweather’s influence over the negotiations. Many here at ThaBoxingVoice, including the fans, agree that trying to dictate an opponent’s glove choice crosses the line of sportsmanship and reflects immaturity. “That’s baby shit… Just let the fight happens” says Malignaggi, summing up the general feeling towards this controversy.

“Maidana and Mayweather have earned the right to have this fight, they had a great first fight… but just let the fight happen,” says Malignaggi, who has had glove related issues and hand injuries throughout his career. “Every fighter has the right to choose the gloves they want to choose, and it’s pick your own poison in a way… punchers gloves may not protect your hands as much, the more padded gloves protect your hands but might not let you punch as hard.” explains Malignaggi.

“Taking away that option [to choose gloves], or even making a controversy out of it… is a little immature, but then again, it’s the mind games”, says Malignaggi, who is no stranger to the psychology of fighters in and out of the ring. Ultimately Malignaggi seems to think that this is a tactic to make Maidana uncomfortable before their fight, a tactic that we agree is a little below-the-belt.