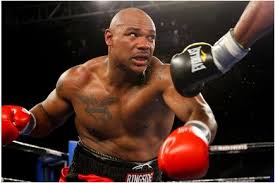 The Nov. 8 special triple-header edition of NBCSN Fight Night at Sands has the ingredients to be one of the most entertaining and action-packed fight cards of 2014. The event will feature a pair of the heavyweight division’s heaviest hitters, as well as rising prospects from both the light heavyweight and welterweight divisions.

The main event for 2014’s final edition of NBCSN Fight Night will feature two heavyweights with plenty to prove in a suddenly wide-open division. Amir “Hardcore” Mansour and Fred “Big Fred” Kassi will collide in the scheduled 10-round main event.

Mansour (20-1-0, 15 KOs), 42, is an aggressive, hard-hitting heavyweight with knockout power in both hands. Every punch thrown by Mansour has bad intentions and he will look to put them on full display when he battles the tough Fred Kassi. Twelve of Mansour’s 15 knockouts came in the 1st or 2nd round. In his most recent bout, the Philadelphia native came up short against former cruiserweight titleholder and current heavyweight contender Steve Cunningham – despite knocking Cunningham down twice – in a Fight of the Year candidate.

Kassi (18-2-0, 10 KOs), 35, is a New Orleans, LA native who is looking to make a name for himself. A professional since 2003, Kassi has ten career knockout victories, with none of those opponents making it past the third round. He has a puncher’s style, with power in both hands, and aims to deliver a knockout blow to the equally heavy-hitting Mansour. “Big Fred” is coming off of two consecutive knockout wins, with one of those wins coming against former super middleweight title contender Rubin Williams.

The middle bout of the triple-header will feature a 10-round welterweight contest between Dmitry Mikhaylenko out of Gelendzhik, Russia, and Bethlehem, PA’s Ronald Cruz. This bout might steal the show, as both of these fighters like to come forward in hopes of breaking down their opponents physically.

Undefeated Dmitry “The Mechanic” Mikhaylenko, (17-0-0, 6 KOs), 28, is an overwhelming puncher who has the ability to tire out his opponents with his limitless punch count. He likes to smother his opponents with non-stop bodywork in a vigorous, in-your-face attack.

Ronald Cruz, (20-4-0, 15 KOs), 28, has been in the ring with much tougher opposition than his opponent Mikhaylenko. Cruz is an offensive fighter, similar to his opponent, who likes to throw a lot of punches and will not hesitate to engage with anybody. Cruz will be competing in front of his hometown in Bethlehem, PA for the 9th time in his career, where he has posted a record of 5-3.

The Nov. 8 telecast will kick-off with a 10-round light heavyweight contest between the undefeated WBO #10 ranked contender Vasiliy Lepikhin and knockout-artist Jackson Junior.

Vasiliy “The Professor” Lepikhin (16-0-0, 9 KOs), 29, made his professional debut in 2005 and has steamrolled his opposition since, utilizing his 74″ reach and powerful combinations to earn himself a spot in the WBO and WBA rankings. His previous four bouts all ended in knockouts for “The Professor”, including his last fight when he burst onto the US boxing scene by easily dismantling knockout artist Robert “The Butcher” Berridge in five rounds.

Jackson “Demolidor” Junior, (15-0-1, 13 KOs), 28, is a Brazilian boxer who is no stranger to finishing fights. He has 13 career knockouts wins, with 10 of those knockouts occurring between the 1st and 3rd rounds. Junior has a powerful right hand and likes to walk his opponents down, in hopes of forcing them to engage with him.

“Demolidor” narrowly avoided his first defeat in early 2013 when he was stopped by WBC #2 light heavyweight contender Umberto Savigne, but the bout was later ruled a no contest because of a post-fight drug test that was failed by Savigne.

Main Events’ CEO Kathy Duva had this to say about the triple-header, “The Mansour-Kassi fight is a throwback to the heavyweights of the past. Mansour fights every fight like his life depends on it and I have no doubt that Kassi will be ready for a dogfight. Mikhaylenko-Cruz is a dream fight for fans. These two guys have similar styles – their defense is their offense. Lepikhin is a fighter to watch after coming to the US and dominating a highly-regarded and ranked contender in Robert Berridge. He could be something special, but he has to get by a very hard-hitting Jackson Junior first.”