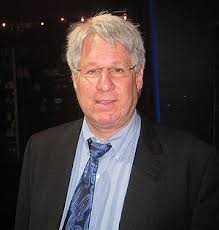 Leon Margules of Warriors Boxing is one of the promoters used by PBC in promoting events. Recently Bob Arum named Margules in his suit against Al Haymon, PBC, Wadell & Reed, and ‘sham’ promoters as the suit said.

“He mentions me directly,” Margules told ThaBoxingVoice.com. “Does this look like a sham promotions to you? PBC isn’t a promoter, PBC is a brand. It’s a management company; they can hire whatever promoter they want to do their event.

“His (Arum) business is up; he’s making more money he’s ever made, HBO ratings are up, all because of PBC,” Margules said. “Everybody is talking boxing; he should be trying to work with PBC and not complaining about what PBC is doing for boxing. I don’t know if Bob Arum is sour, surrendering, or letting someone give him bad office. But certainly it’s not the smartest thing to do.”

Margules says he done as much business as anyone in boxing the past 10 years but feels it doesn’t get any bigger than PBC.

“I don’t think I was a little promoter, but I wasn’t one of the guys like Bob, who had connections at HBO. I had been at ESPN for many years. I’ve done as many shows as any promoter in the business the last 10 years. But now I get to promote fights on the biggest stage, NBC, ABC, CBS, and ESPN. These are free networks, free boxing for all.”

As far certain people in the media who want to see PBC fail, Margules says, “They’re not legitimate media. If they were legitimate media and wanted the growth of the sport, they should be praising what we do. Wouldn’t it be great to be back on a network and now we’re back on a network. But I don’t know the reason for the lawsuit unless it’s Bob saying PBC is trying to run me out of business, but I can’t think of another one.”