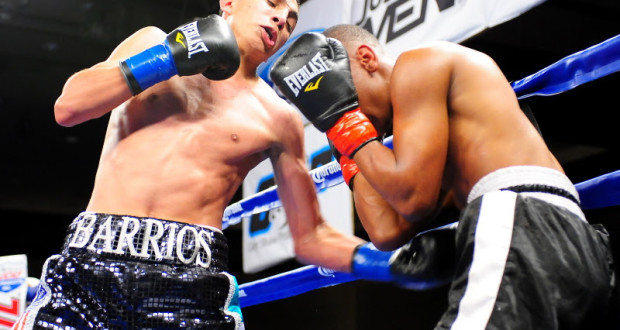 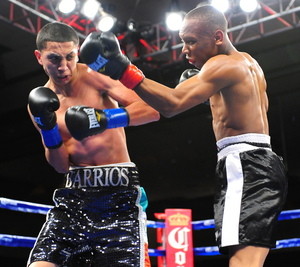 San Antonio’s 6’1 undefeated featherweight sensation, Mario Barrios (7-0, 3 KOs), will make his Las Vegas debut on the undercard of Guerrero vs. Thurman this Saturday March 7, 2105, at the MGM Grand Hotel. Barrios will face Justin Lopez (5-2, 3 KOs) in what will be his first 6-round bout.

Already known for his fast hands, Barrios is getting better with each fight. Against Lopez, he will look to continue his quest to remain undefeated with an incredible performance.

“When you’re a kid growing up in this sport, you always think about what it would be like to fight in the boxing capital of the world, Las Vegas,” said Barrios. “Now that time has come and I’m ready to get busy. I don’t know much about my opponent expect that he has some power. None the less, I’m looking to impress those in attendance with a great performance.”

Advised by Al Haymon, Barrios knows he is in a wonderful position to take his career to the next level.

“This will be my first 6-round bout, something I’ve been looking forward to for a long time,” Barrios continued. “With all the dates that Al Haymon has coming up…I’m looking to be his number one prospect. What Haymon Boxing is doing for the sport is amazing. I’m ready to shine on March 7th.”