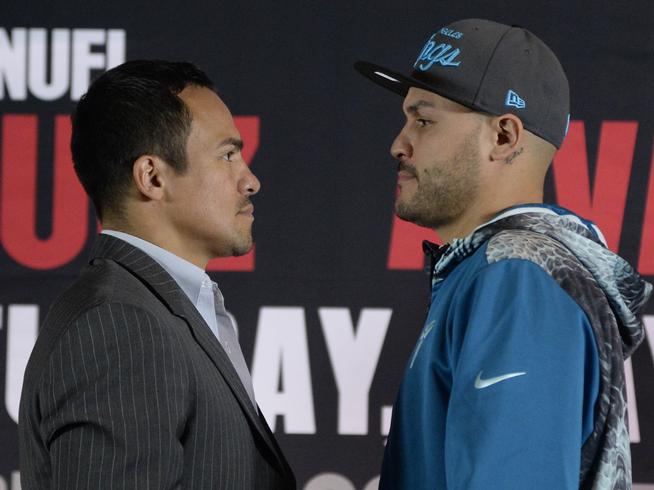 In the May 17th main event of HBO’s boxing broadcast, Juan Manuel Marquez (56-7-1, 40 knockouts) took on Mike Alvarado (34-3, 23 knockouts) in what promised to be an all-action affair. Both fighters have made careers out of their fan-friendly styles, but even more interest was added when it was revealed that the victor would be next in line for a shot at Manny Pacquiao. The announcement clearly affected both fighters. For Marquez, it would be further incentive to look like the world-beater many believed him to be, but as for Alvarado, he ultimately forgot what got him to this position in the first place.

The first round of this fight went the same as the sixth round of the fight. Marquez relied on his experience, technique, punching power, and movement to pick his shots and gradually overwhelm his opponent. As for Alvarado, he decided to play the role of matador to the bull that is Marquez. Alvarado was hoping to avoid being counter-punched by Marquez, and was holding back in hopes of catching the Mexican legend off-guard. Instead, the plan backfired, and Marquez was nothing short of dominant as Alvarado did little to win any of the early rounds against Marquez.

By round 6 Alvarado was reminded by his corner that he can’t rely on his boxing to beat a fighter like Marquez. Alvarado immediately turned up his punch output but so did Marquez, and this simply prompted Marquez to string together fluid combinations that would have rattled anyone’s brain. Much to his credit, Alvarado kept his footing but it was clear that he was beat at his own game.

Round 8 was one of the more memorable rounds in the bout due to a stiff straight right thrown by Marquez that managed to drop Alvarado through the ropes. Alvarado managed to beat the ref’s count, and would go on to drop Marquez in the following round.

Once again it seemed like it was going to turn into the back-and-forth brawl so many expected, but even when it did it was clear that Alvarado was far behind on the judges’ scorecards.

Following the action-packed rounds that were 8 and 9, the fighters reverted back to the patterns of earlier. Marquez continued to land the cleaner and harder shots while Alvarado was aggressive, but still lacking the balls-to-the-wall disregard of old.