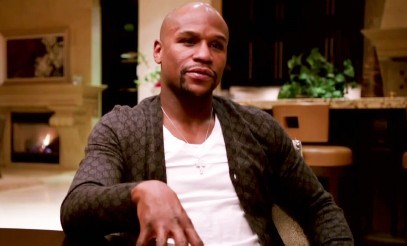 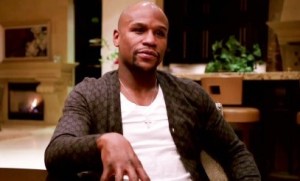 Superstar Floyd Mayweather has admitted that his bout with Marcos Maidana this weekend will be one of his last.

The boxing icon faces off against the hard-hitting Maidana for a second time in succession, at the MGM Grand in Las Vegas this Saturday night, live on BoxNation, and has declared that he will be hanging up his gloves in 2015.
The 37-year-old Mayweather signed a six-fight deal, reported to be worth over $250m, with American TV network Showtime in 2013 and will have only two fights remaining on his contract after Maidana.
“I have only got two more fights after this,” said Mayweather. “As of right now my focus is on Maidana. I can’t focus on the two fights after this. I can’t say who the next two opponents will be, but they will be exciting fights. My next fight is in May and then September. A year from now will be my last fight,” he admitted.
The 11-time world champion in five weight divisions will, however, remain part of boxing as he looks to grow his promotional company.
“After those fights I just want to build the Mayweather Promotions brand. I have been in this sport my whole life and understand the business,” said Mayweather.
“The Mayweather brand is growing and we don’t know what the future holds. If I continue to work with good people like Leonard Ellerbe and Al Haymon there will be something positive.”
Despite showing little sign of decline the reigning two-weight world champion, who will be defending his WBA and WBC welterweight and light-middleweight titles against Maidana, has said it is imperative he gives his body sufficient rest.
“As you get older, you get wiser, smarter. You no longer grow physically but you do mentally. When I was younger I would go to the gym, every day, even as a professional,” he said.
“As you get older you have to let the body rest, let the body heal and rejuvenate so you can come back a lot stronger. Over the last few years I have let my body rest a lot more, eat a lot better although I cheat a little at Fatburger,” Mayweather said.
The undefeated star, with a record of 46-0, has also fired a warning shot to Maidana ahead of the bout admitting he is quicker than he’s ever been.
Some have questioned if he is as fleet footed as he once was, especially given how close the first encounter was with the Argentine, but Mayweather has poured scorn on such claims.
“When I am in the ring I know what I have to do. Facing so many different styles throughout the years, making adjustments is second nature. [My legs] looked good in the first fight. When a guy like that is extremely dirty I have to take my time,” he said.
“I am capable of changing. I’m faster this camp, a lot stronger, feel a lot better. We will have to see how the fight plays out. I am sure he is in good condition and we’ll see what he brings.
“I think I am faster because I am throwing more combinations this camp. The sparring partners have said I am a lot better. We have used some of the same guys and they say I am a lot stronger and faster this camp,” said Mayweather.
Dubbed ‘Money’ Mayweather, the Grand Rapids born star believes he is faced with a lot of unfair criticism and resentment from certain factions within boxing.
“I always say to myself. There is only three ways you can learn, ‘Hearing, seeing and doing.’ It’s hands on. I like to learn all three ways but when I am hands on I can master it. People embarking on the [Jose Luis] Castillo first fight, need to remember I beat him,” he said.
“From the beginning I am fighting the biased fans, biased writers and biased critics. There has been jealousy and envy from the beginning, but I can get through anything if I stay focused.”
Tweet