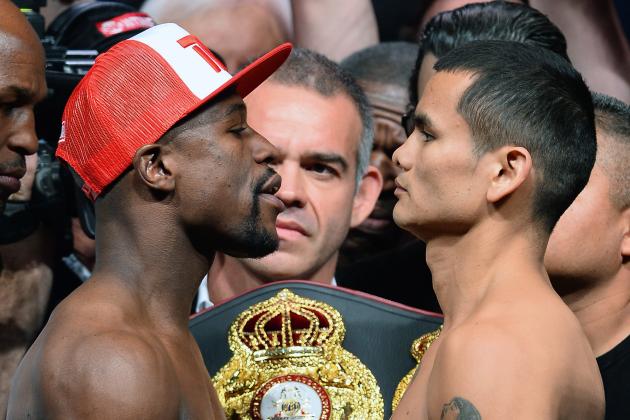 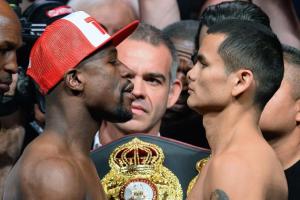 In only the second rematch of his storied career, 11-time five-division world champion Floyd “Money” Mayweather will square off against former world champion Marcos “El Chino” Maidana in a highly anticipated rematch this Saturday, Sept. 13 at the MGM Grand Garden Arena in Las Vegas. But before the main event and televised bouts on SHOWTIME and SHOWTIME PPV get underway, some of boxing’s most notable rising stars will enter the ring for their respective tests in the fight capital of the world.

Competing in non-televised fights will be Andrew “The Beast” Tabiti, Damian “El Pana” Sosa, Fabian “TNT” Maidana as well as Junior “All About The” Benjamin and Kevin “The Second Coming” Newman II, who will be making their professional debuts.

“Fans should plan on arriving at the MGM Grand Garden Arena early on Saturday night because the excitement starts with the very first bell,” said Leonard Ellerbe, CEO of Mayweather Promotions. “We are thrilled to provide a platform for up-and-coming fighters such as Andrew Tabiti and both Junior Benjamin and Kevin Newman, who are making their professional debuts.”

“Golden Boy Promotions prides itself on giving fans action-packed fights from the very beginning to the very end of a card, and Saturday night’s jam-packed undercard continues that tradition,” said Oscar De La Hoya, president and founder of Golden Boy Promotions. “With several young superstars set to take boxing’s biggest stage at the MGM Grand Garden Arena, fans may very well be getting an early glimpse at the next Floyd Mayweather or Marcos Maidana.”

Undefeated and coming off an impressive technical knockout victory on Aug. 30, Andrew Tabiti (7-0, 7 KOs)is one of the top rising stars in the Mayweather Promotions’ stable. The Chicagonative looks to remain undefeated when he faces Lake Odessa, Michigan’s Caleb Grummet (3-1, 3 KOs) in a six-round cruiserweight match.

An undefeated prospect in the junior welterweight division, Buenos Aires, Argentina’s Damian Sosa (8-0, 6 KOs) will look for his third win of 2014 when he faces the Nogales, Mexico native Armando Lopes (4-3, 1 KO)in a six-round bout.

Adding to the Argentine-heavy card is Santa Fe, Argentina’s Fabian Maidana (2-0, 1 KO). The brother of Marcos Maidana will look to get his third consecutive victory when he takes on Springfield, Illinois’ Jared Teer (2-2) in a four-round welterweight bout.

One of Mayweather Promotions’ newest signees, Junior Benjamin who fights out of Las Vegas by way of London,will help to round out Saturday’s “MAYHEM: Mayweather vs. Maidana 2” undercard with his professional debut against Tajikstan’s Alim Jumakhonov (0-0-1) in a four-round featherweight bout.

Also making his professional debut under the Mayweather Promotions’ banner is Kevin Newman II. Under the tutelage of Jeff Mayweather since he was nine-years-old, Newman, of Las Vegas, will be fighting Azamat Umarzoda (0-5-1) of Tajikstan in a four-round super middleweight bout to open up the stacked fight card.