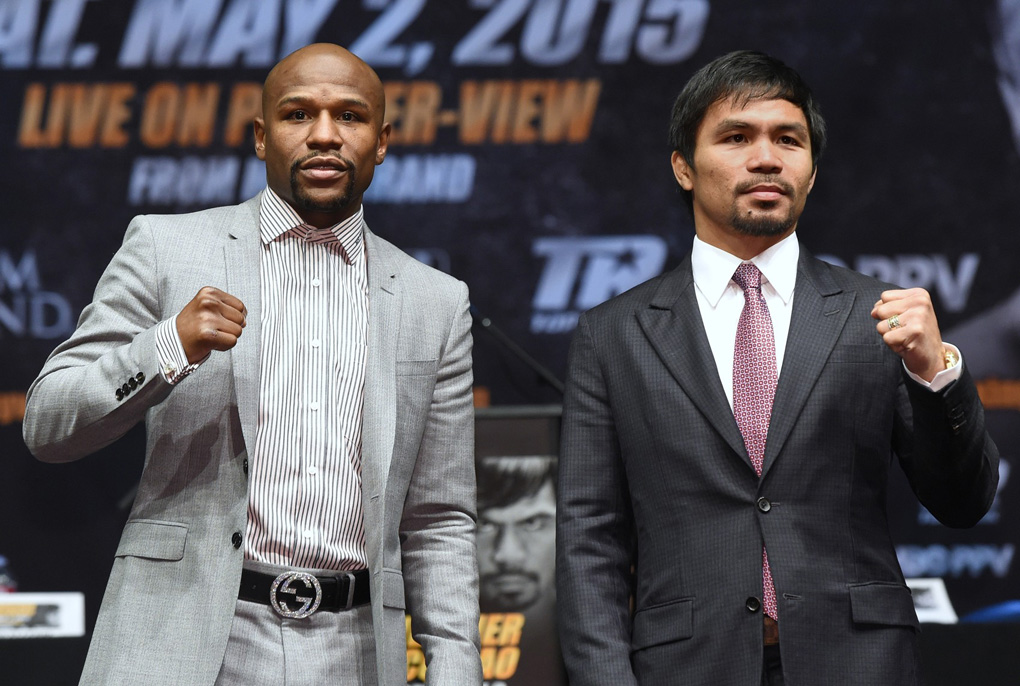 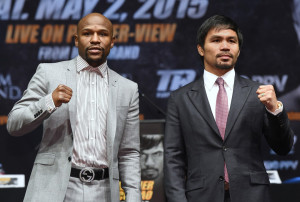 Floyd “Money” Mayweather is all business when it comes to his May 2nd fight with the pride of the Philippines, Manny “Pacman” Pacquiao. Mayweather doesn’t want to talk and is fine with conceding his role as fight promoter to none other Manny Pacquiao and Freddie Roach. Floyd seems like he is taking the high road, abandoning his prior brash antics and has tried to show a more humble personality. Many boxing fans are puzzled by the silence of one of the most outspoken athletes in sports history.

“Money” Mayweather was the star on HBO’s 24/7 and Showtime’s All Access, shows that brought the fight public into his life where he demonstrated his larger than life personality on a weekly basis. That Floyd is a distant memory compared to the PG version we have seen thus far. Floyd has made a career off of being the “Bad Guy” and beating everyone on his road to a perfect record (47-0, 26KO’s).

Fight fans are accustomed to Floyd’s in your face verbal annihilation, and his silence has brought forth much speculation about his new behavior. Some attribute Floyd’s withdrawn demeanor to Al Haymon and his plans to clean up the sport while Pacman fans blame it on fear, others believe it is one of Floyd’s famous mind games. True boxing fans cannot believe he fears Manny or will be able to fool Pac, but the calm still produces questions.

During the first and only press conference in L.A., self-proclaimed “TBE” showed a restrained version of what we know to be Floyd Mayweather. For the most part, everyone was uncomfortably respectful, aside from Roach. Pacquiao’s trainer stated, “We’re fighting the best fighter in the world, and we’re going to kick his ass, sorry Floyd.”

While Floyd is holding his tongue, Pacquiao has taken up the role of fight promoter. Manny mocked Mayweather in a Footlocker commercial and has been seen on ESPN’s First Take stating, “He (Floyd) is afraid of losing. ”

The outspoken Floyd seems to have taken these digs from Pacquaio, optimistically.

“He (Pacquiao) was doing a lot of media, a lot of different talk shows which is a great thing. I prefer him to do it, I just want to train,” stated Floyd during an interview with Fighthype.com.

Perhaps Floyd’s exchanged trash talk for his assertion to control virtually everything in the negotiation process. Floyd has made it known that this fight wouldn’t have happened if he didn’t want it to happen. The narcissistic personality of Floyd that many boxing fans know so well could attribute to his relative silence. Floyd says, “We don’t have to sell this fight, this fight is going to sell itself.”

With the clamor leading up to this Mega-fight, maybe Floyd is content with letting his fist do the talking this time. Whether Mayweather decides to resort to his old intimidation and promotion tactics, the bout will still break records and will be fought in a ring, not at a press conference. Chatter will not alter the result on May 2nd, 2015; it will be determined by the skill and will of the victorious fighter.