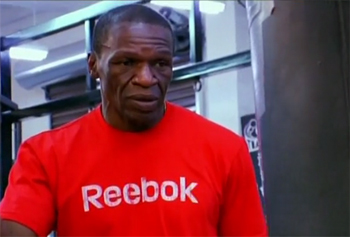 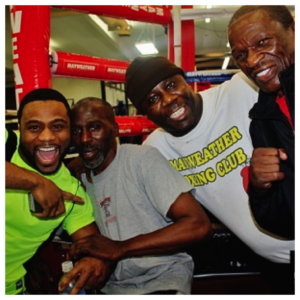 Although Pascal is officially trained by Roy Jones Jr., he is not above seeking out some advice and guidance from other legends within the sport. Floyd Mayweather Sr., the self-described greatest trainer “not of this time, that time, full time, part time, but of all time.” was on-hand to give Pascal a few pointers in his quest to reclaim the light heavyweight title.

When Pascal was asked to describe what made Floyd Sr. so great as a trainer he did not hesitate to sing some praise for the elder Mayweather.

“[Floyd Mayweather Sr.] knows the game you know, most of the people don’t know shit about boxing like Roger [Mayweather] said. Floyd Mayweather knows his game. He knows that uhh, like he said, he’s the greatest coach of all time. He can bring you like, small details that make a big difference.”

When Floyd Sr. was pressed for what kind of advice he was giving Pascal in anticipation of his fight with Kovalev, his sage-like advice spoke volumes:

You know… for a bunch of us out here that “don’t know shit about boxing” Mayweather’s advice sounds a lot like “Run Pascal, run!”. If that sounds familiar, it is because it is the general consensus amongst writers and fans alike. As the saying goes, even a blind squirrel finds a nut once in awhile…

Sergey Kovalev and Jean Pascal meet for the light heavyweight championship in Montreal on March 14th on HBO Boxing.