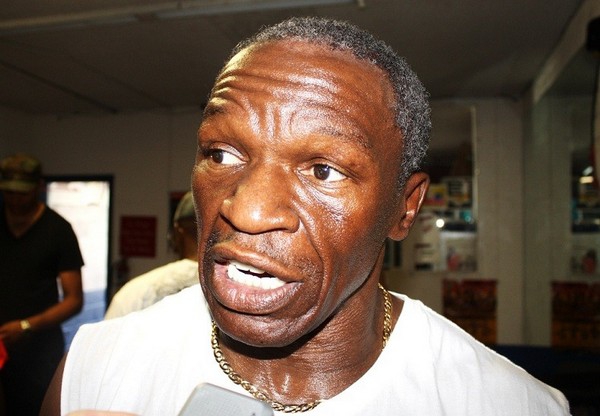 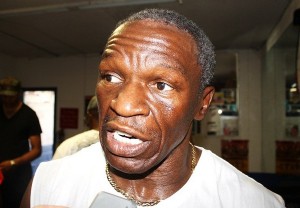 Everyone keeps chiming on what is still the biggest fight in boxing. Of course we’re talking Mayweather-Pacquiao, Floyd Mayweather Sr., never one to shy away from talking about Pacquiao kept the same tune.

Of course we going to talk,” Mayweather Sr. told ThaBoxingVoice.com “What he (Mayweather) says is nothing that’s going to be good to Pacquiao ears. All you got to do is time him, that’s all you got to do.

While my correspondent Nestor Gibbs asked about Pacquiao’s dominance against Chris Algieri, Mayweather Sr. cut him off and said. “Did you hear what I said? That dude cannot fight. If I was there standing up with Algieri, I’ll beat his ass myself.”

Mayweather Sr. sees the fight as a one sided beat down and doesn’t even think Pacquiao can beat Mayweather’s other opponent, Canelo Alvarez.

“I see him giving Pacquiao a good beat down, him bleeding out the ear, out the noise, out the mouth, out the eyes,” stated Mayweather Sr. “That what I’m talking about. Pacquiao can’t even beat Canelo. Pacquiao ain’t stronger than Canelo. Pacquiao don’t box as good as Canelo. He hits much harder, much better boxer. All we going to do right now is time him to death.”