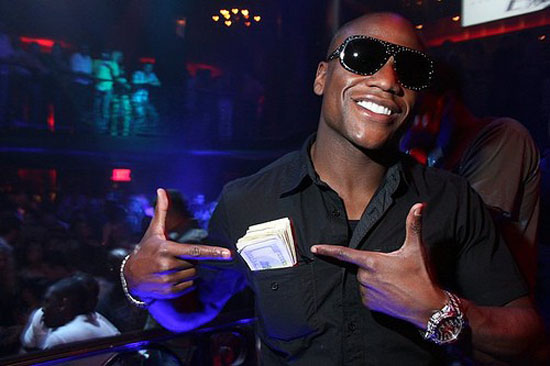 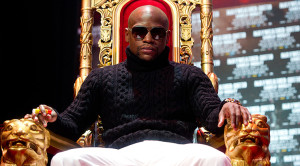 Floyd Mayweather Jr. teased Manny Pacquiao ahead of their fervidly-anticipated super-fight on Saturday, adding that the eight-division world champion should be earning more than he $80 million he is already guaranteed.

The impending fight, the richest in the sport’s history, is expected to generate up to $400 million in revenue, with Mayweather guaranteed at least $180 million and Pacquiao $80 million.

The purse split is 60-40 in favor of the undefeated Mayweather, and the American pay-per-view Pied Piper says that Pacquiao would have made more money if he worked with Mayweather Promotions.

“If he worked with us, he would have made $100 million,” said Mayweather. “Financially, he hasn’t been treated right for this fight. And, it’s all about the money.”

Mayweather implied that May 2nd is just business as usual and making the fight was a very shrewd move on his behalf.

I believe the money talk is just taunting from Mayweather. In 2010, the fight was called off primarily because Mayweather wasn’t interested in fighting Pacquiao with a 50-50 purse split at the time.

Speaking with BBC Sport, the 38-year-old Mayweather said he provoked the preliminary meeting in Pacquiao’s hotel suite when the two pound-for-pound greats met at a Miami Heat basketball game in January, a suite that Mayweather very much detested.

“Why did they have him staying in that type of hotel? It wasn’t right,”

Mayweather, who is unbeaten in 47 professional bouts, explained to Pacquiao that Bob Arum, Pacquiao’s promoter, hadn’t been telling his fighter the truth.

“When Manny Pacquiao said he had signed paperwork to fight me, he must have been signing half of his money away. He hadn’t signed to fight me,” Mayweather explained.

“I told him if we agreed to drug testing, and we’re on a level playing field, we can make this fight happen. The fight came about because of me.”

Mayweather once again recapitulated that he will fight just once more in September before retiring from the sport for a third and possibly final time. If he were to win the final two fights in his deal with Showtime, it’s possible Mayweather could retire 50-0 if he were to fight once more, eclipsing heavyweight legend Rocky Marciano’s unbeaten record of 49-0. However, Mayweather says it’s time to walk away from the sport.

“People ask me about Rocky Marciano’s record, but it’s time for me to walk away. And, I won’t miss boxing,” said Mayweather.

“The money is more important than any unbeaten record. My daughters can’t eat no zero. Getting to 50 fights unbeaten might be special for you, but for me it’s not.”