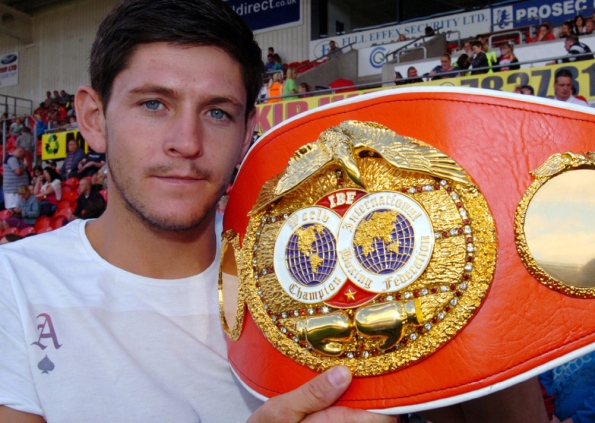 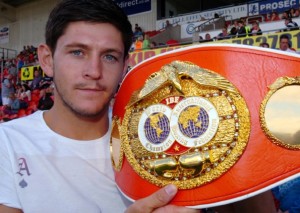 Britain’s WBA World bantamweight champion Jamie McDonnell(26-2-1, 12KO’s) was a guest on Sky Sports’ weekly Ringside show this week and stated his intention to postpone a move up in weight. Mcdonnell looks to grant his most recent opponent a rematch.

McDonnell travelled all the way to Hidalgo, Texas at the beginning of May to defend his belt against the highly touted and then unbeaten Japanese fighter Tomoki Kameda(now 31-1, 19KO’s). Kameda who has based himself a few clicks south of the venue for that night in Mexico.

Essentially Kameda was the home fighter and got off to a flying start by sending McDonnell down with a whipping right hand in the third round after showing rapid hand speed and fluid movement early on. McDonnell was up in time to continue but had a mountain to climb after going in the hole by a few points so early on. To his credit, he slowly boxed his way back into the fight and from the fifth round onwards started stockpiling points of his own.

As the bout wore on it became increasingly clear that McDonnell had more strings to his bow on the night. Mcdonnell showed not only an ability to land straight shots from the outside, but also his effectiveness up close with hooks and uppercuts. He pushed the pace down the stretch and emerged with an unexpected but deserved 114-113 verdict on all three of the judges scorecards.

Back on home soil and under the Ringside lights, McDonnell explained how Kameda’s management team -headed by Al Haymon- sought the rematch as soon as the decision was announced. He had previously stated his intention to move up in weight to the 122 .lb. class where big names like Scott Quigg, Carl Frampton and Leo Santa Cruz all dwell but has opted for a Kameda return instead.

“I was going to beat Kameda and move up, but he wants the rematch. They have already spoken to us; they want it out in the States again and I think we will probably go with a rematch.”

Suffice to say McDonnell is almost certainly charging a heftier fee this time to make another trip over to the States to defend his belt. The first match was meant to be a unification meeting with Kameda’s WBO strap also up for grabs but the organisation stripped him on the eve of the fight for whatever reason you wish to insert here. Kameda and his team were confident enough to plough on in the expectation of picking up another belt immediately but things didn’t go their way. Now they must save face by ensuring another chance to both avenge his first loss and become a two-time world champion.

This second clash may be more difficult than the first though, as McDonnell seems emboldened by a win that many didn’t see coming given the circumstances.

“I believe it’s an easy fight and I believe I will stop him next time. People won’t believe what I’m saying, but I will go out and stop him and then will probably move up.”

If he fulfils his prediction, McDonnell will have to recognised as one of the better fighters to come out of the UK over the last few years. He is understated both in his personality and fighting style and competes in a weight class that rarely generates much attention. So he is not exactly a well-known name to the man on the street. A brace of wins over a hot-shot prospect like Kameda -in America no less- should cement his reputation and perhaps will get him pushed more into the public view by his promoters Matchroom Sports. Then he can chase world honours in a second weight division like so many greats have done in the past.