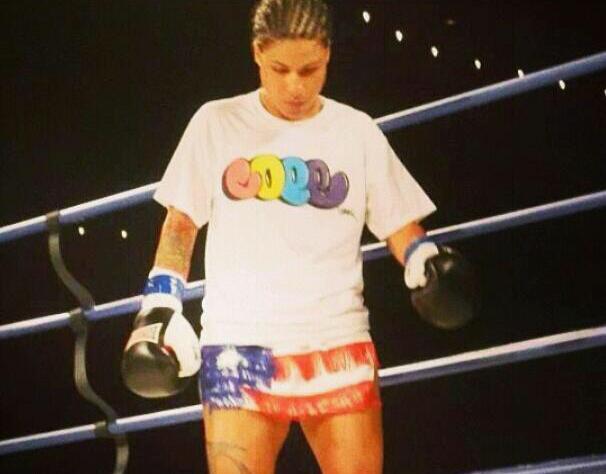 It has been nearly a year since Melissa Hernandez and Jelena Medjenovich fought for a third time. Hernandez won the first two fights and was set on winning the third. Mrdjenovich came determined to win as well and the result was an entertaining battle in the ring that did not go the distance due to a head-butt which opened a huge gash on Mrdjenovich. Docotrs allowed the fight to continue a couple rounds more but stopped it due to the severity of the cut and Mrdjenovich lost a lot of blood. Mrdjenovich, who was ahead on the scorecards got the technical decision and Hernandez lost her title.

Since the loss both fighters continued fighting on. Hernandez was not always victorious but she used her losses as motivation and even moved up to 140 pounds in search of a challenge and walked away victorious. The loss of her title still remains a thorn in her side. A thorn she has wanted to remove since the end of their fourth fight but she just can’t get it to happen.

“If her punk ass would say yes I’d fight her tomorrow,” said Hernandez.

So what’s next for the Puerto Rican fighter? She currently has a May 30th fight scheduled to take place in Ghana against Helen Joseph and in search for her fourth fight with Jelena Mrdjenovich.