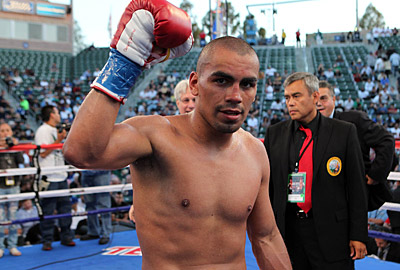 Mexico is a country with a hard work ethic, excellence in sports, beautiful attractions, amazing women and a rich history. There are three top sports in all of Mexico: soccer, boxing, and baseball.

When you think of Mexican boxing, certain states stick out more than others due to the superstars they have created. One of the most unrecognized areas in Mexican boxing is my father’s home state of Michoacán.

Michoacán has produced great fighters over time and has some of the greatest young fighters in the game today.

I won’t go too far back for Michoacán’s past fighters but give more examples of my generation’s fighters and the future generation.

The Diaz brothers Joel, Julio, and Antonio have all held world championship titles. Joel had to retire from boxing due to an injury that affected his vision. Julio still competes and has an upcoming fight with Amir Khan later this month as part of his comeback. Antonio has faced and beat great fighters such as Corey Spinks and Mickey Ward.

One of the most recognized fighters from the 90’s and 2000’s, Fernando Vargas’ roots are from Michoacán’s capital Morelia. Vargas represented the U.S. in the Olympics and turned pro not too long after the Olympics. He was the youngest junior middleweight champion in boxing history. Vargas was very popular with Mexican and Mexican-American fight fans but was pushed way too fast early in his career. Win or lose, he fought with a ton of heart. Vargas will be remembered for his bad boy persona, cultural beliefs, and fighting the best fighters around.

The Garcia family is one of the most known families in boxing today. Most notable members in the Garcia family include the eldest Eduardo who has trained his sons who have held world titles and become trainers themselves. Eduardo has trained the likes of Fernando Vargas, Mia St. John and Victor Ortiz. The Garcia family’s start in boxing all started with Eduardo and is continuing through the generations. Robert Garcia is known by today’s younger generation of fight fans as the multi-trainer of the year, but Robert used to be a world champion and has fought other great talents such as the late great Diego Corrales. Robert has a great deal of ring knowledge that he gives to his fighters and has a great record with them. Robert has one of the best stables in boxing training under him at the moment. His most notable fighters are Brandon Rios, Nonito Donaire, Marcos Maidana, Antonio Margarito, and his little brother Mikey Garcia. Mikey is an unbelievable talent. Under the guidance of his brother Robert and his father Eduardo, he became one of the hottest prospects in boxing and pushed himself to be a world champion in an excellent victory over Orlando Salido. Mikey has a lot of pop in his punch but is more of a technical sharp-shooter and looks to have a bright future in boxing. Danny Garcia used to work corners with Robert and Eduardo and eventually took over as head trainer for Victor Ortiz which created a rift in the family. Danny was able to turn Ortiz into a champion. A few loses later and Ortiz left Danny. There are other family members in the Garcia family who have taken a shot at the pro ranks but have been less successful.

Junior middleweight contender Carlos Molina was born in Pátzcuaro, Michoacán. Carlos started boxing late in life and has proven himself to be a difficult test for any opponent he has faced. He has had two controversial draws that he should have won against Julio Caesar Chavez Jr.and Erislandy Lara. He has beaten the likes of Kermit Cintron and Corey Spinks and was well on his way to getting a decision victory over hard hitting James Kirkland before a mistake was committed by his corned which resulted in him getting disqualified. Currently he is up for a title shot against Las Vegas fighter Ishe Smith.

The biggest possible name at the moment from Michoacán has got to be Leo Santa Cruz. Leo was born in Huetamo, Michoacán. His professional career began in 2006 and he has slowly been built up in becoming a world champion in the process. He is a fan friendly fighter who will be on the biggest stage of his career, fighting on the undercard of the Floyd Mayweather-Robert Guerrero pay per view.

Fighters from Michoacán whether born there or in the U.S.have been playing a big part in boxing and building to the states reputation. It should not go as unnoticed as it has been. The state itself has a beautiful history and has produced amazing athletes, singers, actors and historical figures. Michoacán is truly making its mark in boxing and Mexican history.