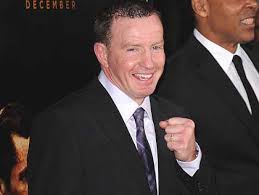 With over 150 years of experience in boxing between them, the five personalities

will provide invaluable commentary to the 11 bouts of elite collegiate boxing competition. Priced at only $7.95, the high quality stream will showcase all of the night’s action with the added bonus of a knowledgeable and diverse crew calling every punch. Viewers can chose to watch the event live or log on at a later time or date by purchasing the stream at www.NCBAlive.com.
Like many professional boxing champions, Ward got his start in the amateur ranks, winning three New England Golden Gloves titles before embarking on an 18-year professional career. Known as one of the sport’s great action fighters, Ward’s high-pressure style helped him win two WBU world titles. Yet he is often remembered for his historic trilogy with the late Arturo Gatti in the final three bouts of his career. A New England legend, Ward’s life was immortalized in the major motion picture “The Fighter.”
A New England resident and former Veterans Day Boxing Spectacular participant himself, Rodriguez will provide unique insight in to the event for all of the live stream viewers. Rodriguez enjoyed a stellar amateur career, including multiple national championship wins before turning professional in 2008. He boasts an impressive 26-1 professional record and is coming off a unanimous decision win on Saturday in Carson, Calif.
McClure has enjoyed tremendous success both in and out of the boxing ring and he has chosen to share his life lessons with others. After winning a gold medal alongside his roommate Cassius Clay (Muhammad Ali) at the 1960 Olympic Games in Rome, McClure returned to college to earn degrees in literature and philosophy the following year. He later added a Ph.D. in psychology to his academic resume before becoming an accomplished motivational speaker and management consultant.
Coach Coulter has spent the last 60 years in the sport of boxing, working with young athletes at multiple levels. A former USA Boxing coach of the year, Coulter instructed multiple All-Army teams in the mid 1980’s prior to leading the U.S. Olympic Team at the 1988 Olympic Games in Seoul, Korea. He is currently working closely with AIBA, the international federation for Olympic-style boxing, as a coaching instructor as well as traveling with USA Boxing teams.
A highly respected television executive, Yalen boasts over 20 years working with the top networks in the world. He currently serves as the Director of CPTV Sports for the Connecticut Public Broadcasting Network after five years as the Director of Sports and Entertainment for the Mohegan Sun. Prior to his time with the Connecticut casino, he spent 15 years as a producer with ABC before moving to  ESPN where he served as the sports network’s Director of Programming.
The five dynamic members of the Veterans Day Boxing Spectacular commentary crew will split time calling the 11 bouts on November 8. The patriotic night of boxing will feature boxers from the U.S. Military Academy at West Point, the U.S. Coast Guard Academy, and the U.S. Air Force in a celebration of United States’ servicemen and women just three days before Veterans Day.
The 2014 Veterans Day Boxing Spectacular is being held in partnership with the National Collegiate Boxing Association and Team Red, White and Blue, the nation’s premier veterans support organization. To purchase the live stream or learn more about the event, go to www.NCBAlive.com.
The full line-up is currently being finalized and will be announced shortly