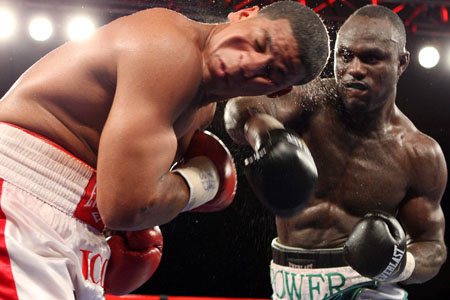 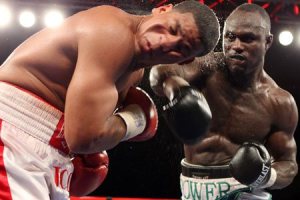 According to promoter Greg Cohen of Greg Cohen Promotions, the WBA and the Nevada State Athletic Commission have a clear duty to his fighter, Lateef Kayode, should interim WBA World Heavyweight Champion Luis Ortiz’s positive post-fight drug test for the steroid nandrolone be confirmed by the NSAC in an upcoming hearing.

The NSAC and WBA, say Cohen, have a duty to his fighter, should Ortiz’s positive result stand at the upcoming hearing and his title be stripped.

“I think it’s only fair that my fighter’s loss be erased by the Nevada Commission. And I believe the WBA should reinstate Lateef to his former position in the ratings and let him fight again for the interim championship against a fighter that isn’t cheating. Lateef earned his place into a title fight and he deserves the chance to compete for it on a level playing field.”

Alternatively, Cohen says the WBA could consider treating the fight as having never happened and moving Kayode into a shot for the “Regular” Heavyweight Championship against current belt holder Ruslan Chagaev.

“The WBA and the Nevada Commission are fine organizations and I’m sure they will remedy my fighter accordingly for this injustice, should it be affirmed. I have complete confidence they will do right by Lateef Kayode.”