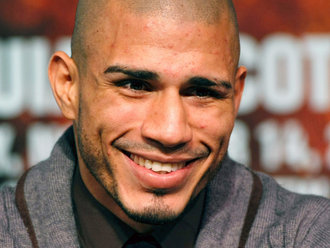 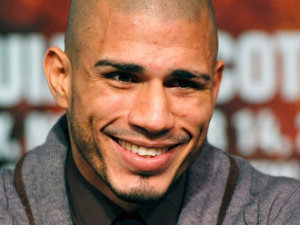 Since beating Sergio Martinez earlier this year Miguel Cotto has a bull’s eye on him yet again with many fighters wanting to step foot in the ring with him. Cotto on the other hand is in no rush to just jump in the ring with anybody and as announced last month, Cotto will not be returning to the ring until 2015. Who will it be that steps in the ring with the four time Puerto Rican world champion? Cotto has not given any hints to a name but has stated that he will take the best option out there.

“I can’t predict my destiny but considering what’s happening right now me and my team will take the best available option,” said Cotto in an interview with ESPN.

Aside from a possible fight with Gennady Golovkin there has been a tremendous amount of anticipation that has been building up in hopes that Cotto and Saul Alvarez will face each other and when asked about the chances of it happenin he made it clear that they are waiting for the right moment.

“We are relaxed and resting waiting for the best moment to settle that fight.”