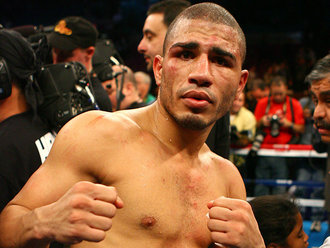 Loyalty. It is something that is rare to find in this world. Even those that state they are loyal far from it. In the boxing world when a fighter loses a fight who is to blame? Often times the fighter will blame their trainer and pack their bags and head running for a different trainer when it is in fact the fighter themselves that need changing.

Miguel Cotto changes trainers just like he changes his underwear. He and Chad Dawson have something in common in the fact that they cannot stick to one trainer. It is rumored that Cotto and world famous trainer Freddie Roach have agreed to work together for Cotto’s next fight that is scheduled to take place on October 5th but will it make a difference? Cotto has had great trainers including the late Emmanuel Steward but none of the relationships have worked out for the fighter.

Roach can try to fix Cotto’s issues and he will even point them out to him but Cotto has to look in the mirror first and realise that he is the issue.