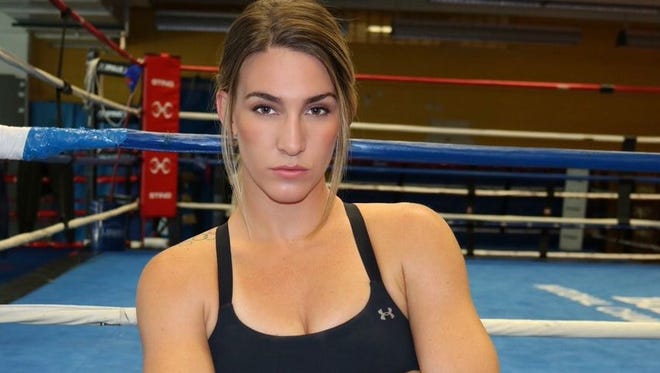 Mikaela Mayer and Melissa Hernandez were set to do battle in the ring but like many other things this year Covid put a stop to it happening.  Prior to that, Hernandez last fought in 2019 after a near three year hiatus from boxing after losing to Layla McCarter.

According to Hernandez, she told Women’s Fight News that Covid saved Mayer from being defeated and referenced Mayer as the new Holly Holm. Instead, Hernandez would rather face Katie Taylor, McCarter,  Cecilia Brækhus, and the likes of the Serrano sisters, Amanda and Cindy.

Mayer did not seem impressed at all with Hernandez’s talk. Mayer fired off a list of verbal jabs towards Hernandez on social media, stating that Hernandez was irrelevant and that today’s fighters are better than those of Hernandez’s era.

2. You don’t have a belt anymore/no longer ranked.

3. Of course u want Katie, you’re looking for a last big pay day.

5. The girls coming up ARE as good as they say. Better than your era.

The back and forth continued a bit but Mayer closed it off by saying Hernandez would be weened out quickly by the top fighters in this new era of boxing.

“Hernandez can talk shit to all the girls at the top right now and say we’re trash but she’s fought ONE TIME in 4 years. So she sounds dumb. And you can tell her I said that.”