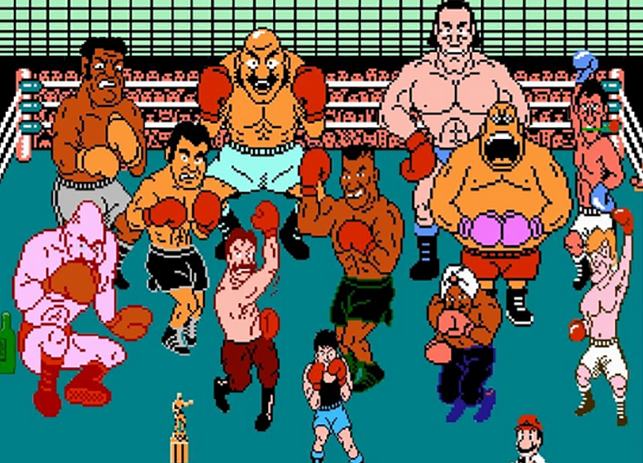 Some of the passions that I have in life are boxing and video games. If I did not love boxing then me writing this article and several others would be a complete waste of my time. Sometimes boxing takes a back seat to video games for me. It is a nice escape from reality and getting away from my Playstation can at times be a struggle.

One thing that I love is when these two passions cross paths. Boxing games have always been fun and although there has not been a new game out in a long time (shame on you EA for only focusing on UFC) it is still fun to go back and play the classics especially the most iconic boxing game in history, Mike Tyson’s Punch-out!! which came out on the original Nintendo Entertainment System.

This was a game that you would love playing but at the same time make you want to smash your system to pieces. You’d get your ass handed to you as quickly or even quicker than you would from the real Mike Tyson but all the rage was worth it.It was a nice notch on Tyson’s belt and a shining moment in his career but after three years of its release the licensing ran out and Nintendo moved away from using Mike Tyson’s likeness and the video game. Instead, he was replaced with a character known as Mr. Dream.

Recently, Nintendo announced that they were re-releasing Punch-out!! featuring Mr. Dream which caught Tyson’s attention and it is something that he is still not too happy about.

“Mr. Dream? Everyone tell Nintendo who they think of when they hear Punch-out,” Tyson tweeted.

While Nintendo mentions some games that were coming to the switch, Tyson had a different tweet which may have led to believe that’s a completely new game was being released.

“[I] heard Nintendo was doing the new ‘Punch Out’ without even contacting me. It won’t be the same. My knockouts made the game. That’s whack.”