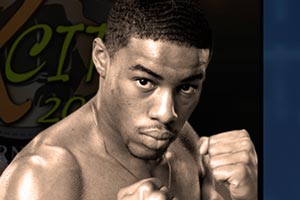 Middleweight contender Willie Monroe Jr. is coming off a spirited 6th round TKO loss against Gennady “GGG” Golovkin this past May. Golovkin might’ve turned Monroe into another victim, but he certainly put up a respectable effort.

After tasting the canvas early in the fight, Monroe rebounded and managed to land some significant leather on Golovkin. Some have suggested that Monroe touched Golovkin harder than any of his other previous opponents ever have.

Monroe Jr. is looking to get back in the mix and he is tentatively scheduled for the fall, but he doesn’t have many details other than that.

“I was told late September, early October, sometime in the fall. I got to find some way to slide back up in there, but we’ll see what happens,” Monroe Jr. told Nestor Gibbs in a video interview published on TBV’s YouTube channel.

There are some uncertainties with Monroe’s next fight and whether or not we’ll see him on HBO, a network that is currently invested in the middleweight division in a big way. In fact, the biggest middleweight fight of the year will be an HBO PPV when Golovkin meets David Lemieux. That would be a nice spot for Monroe to land if he hopes to stay in the middleweight picture, and he knows it, too.

“We haven’t been told a network or fight date or anything. We just been told late September, early October. That’s enough for me because I live in the gym. If you stay ready you don’t have to worry about getting ready.

“We’ll see, hopefully it’s on the undercard of GGG- Lemieux.”

Monroe says he’s about 12 pounds away from his fighting weight, which means he isn’t kidding about staying ready. He is refraining from sparring until his next fight is official.

The good thing about Monroe is that he isn’t tied down by the politics in boxing. If he can’t find his way back on HBO then perhaps his talents will be used on one of the “PBC” platforms. Actually, there are a couple middleweights I know that are in desperate need of legitimate competition. I think one of them is fighting soon…